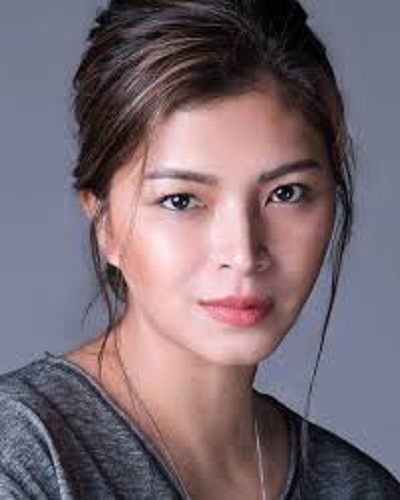 Filipina actress Angel Locsin is engaged! She shared this happy news with her social media fans on 29 June 2019 through a series of Instagram posts. Angel talked about the surprise proposal from her boyfriend Neil Arce!

Actress Angel Locsin who is an actress shared the news of her engagement with her fans on social media. It was a surprise proposal from her boyfriend and of course, she said yes.

On the 29 of June 2019, Angel revealed on her Instagram this important event in her relationship with her beau Neil.

There were 4 photos in toto. Angel did not specify how Neil had proposed to her. But she did put on record that it was the surprise of her life. She also displayed her engagement ring for all to see!

Angel and Neil know each other now for the past 7 years. They were just friends initially. In 2018, Angel’s Instagram contained pictures of Neil and she confirmed that they were dating. And now, comes the engagement news. The couple has not opened up about their further plans for marriage and children.

You may like to read about Filipina actress Andi Eigenmann pregnant with a second baby! Who is the baby daddy this time?

Friends and co-stars’ reactions to her engagement news

Angel’s surprise engagement also surprised her co-stars and friends. But they were also happy for the couple. Her fellow actress Iza Calzado was surprised on learning about Angel’s engagement to a fan. Her reaction has been caught on camera and put up as a video clip by that fan on his Twitter handle.

Iza Calzado was at the annual Metro Manila Pride March and interacting with her fans. One of them came up to her and informed her that her friend Angel has been engaged to Neil Arce. Iza could not at first hear what the fan was telling her. The Pride supporter then raised his voice and said:

Iza was taken aback. She and the others around her then applauded Angel. One of her fans caught Iza’s reaction on camera. And this fan named Twitter user @_aubreyjv shared it on his Twitter handle and tagged it to Angel and Iza. Angel later retweeted the video clip.

Besides Iza, Angel’s other celebrity fans also took to social media to congratulate her on her engagement. These included Kim Chiu, Martin Bautista, and Martin Nievera. They all said that they were very happy for Angel on this day. Martin Nievera wrote:

He followed this comment with the heart emojis. Angel thanked all of them for their best wishes for her and their messages. She put up a post on it:

“Thank you sooo much for being part of our journey & adding so much joy to our engagement. Love you guys,”

Also, read Johanne Morissette Daug Amon popular as her stage name Morissette Amon- a singer and a Filipina actress who grew up in a family with a musical environment!

Angel is a Filipina television and film actress, commercial model, film producer, and fashion designer, her birth name is Angelica Locsin Colmenares. Besides that, she came to prominence for her television roles as Alwina in the 2004 fantasy-themed television series Mulawin and as the superheroine Darna in the TV adaptation of the Mars Ravelo eponymous comic.

Whereas, she was a contract artist of GMA Network up to early 2007 until she transferred to its rival network, ABS-CBN. Similarly, she also starred as Lyka in the television series Lobo. More Bio…