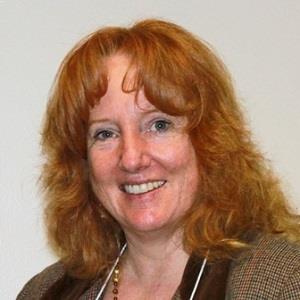 Finn Carter has been married twice in her life. Her first husband was actor Steven Weber. The couple first met on the set of As the World Turns. The couple got married in November 1985. They divorced in September 1994.

Carter married her second husband, James Woodruff on 24 May 1997. The couple was together for a decade. They divorced on 27 July 2007. They had two children together named Carter Woodruff and Josephine Woodruff.

After her second divorce, she has been single to date.

Who is Finn Carter?

Finn Carter is an American former actress. She is best known for the portrayal of Rhonda Lebeck in the 1990 American monster film, Tremors.

She is also famous for her roles in the movies Sweet Justice (1992) and Ghosts of Mississippi (1996).

She was born on 9 March 1960, in Greenville, Mississippi, USA. Her birth name is Elizabeth Fearn Carter and belongs to Caucasian ethnicity.

She is the daughter of Hodding Carter III (father) and Margaret Ainsworth Wolfe (mother). Her father Hodding Carter III is the former United States State Department Assistant Secretary of State for Public Affairs. She spent her childhood in Massachusetts and New York.

Carter completed her high school education from Walnut Hill School for the Performing Arts in Natick, Massachusetts. After that, she attended Skidmore College in New York. She then attended Tulane University in New Orleans, Louisiana.

Finn Carter began her acting career as a theater actress. During her early career days, she was a member of the Circle Repertory Company in New York. She rose to fame with the portrayal of Effie Herrington at San Diego’s Old Globe Theatre in Up In Saratoga.

She appeared on West Coast theatre for the second time at the Pasadena Playhouse in a revival of Biloxi Blues. Carter made her TV acting debut playing Sierra Estaban Reyes Montgomery in the CBS daytime soap opera, As the World Turns. She played the role from 1985 to 1988.

Carter made her feature film debut in 1989, playing Nina Sachie in the 1989 romantic comedy film, How I Got Into College opposite Anthony Edwards. The following year, she appeared as Rhonda Lebeck in the western monster film, Tremors opposite Kevin Bacon and Fred Ward. For her role in the movie, she received the Saturn Award for Best Supporting Actress nomination.

She then had a recurring role as Nurse Linda Matlock Lanier in the ABC drama series, China Beach. In 1992, she played the leading role, Sunny Justice in the action film Sweet Justice.

In 1997, she appeared as a regular cast member in Secret Service Guy. Her last acting role was as Bonnie in the 2005 independent film Halfway Decent.

This actress’s estimated net worth is $1 million. Her movie of 1990 Tremors has collected around $16 million at the box office.

In July 2019, she was arrested with a stolen vehicle. She also has another’s credit card.

Finn Carter is 5 feet 8 inches or 1.73 meters tall. Her weight and other body measurements are unavailable.

Her eye color is blue and her hair color is brown.