Finn Cole is a British actor. He is low key about his romantic life. 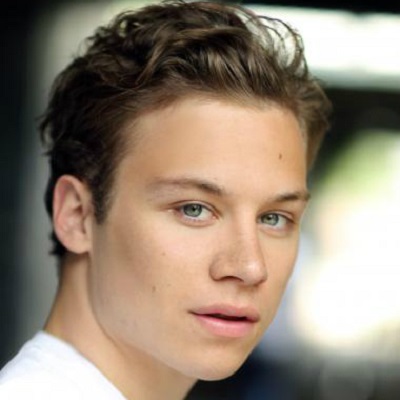 Everything in that era of the 1930s was built to last - cars, buildings, weapons. There was so much passion in everything that was created. The design on vehicles, the costumes, it's like a different world.

There's an element of fantasy in both 'Animal Kingdom' and 'Peaky Blinders' but they're both real in lots of ways.

The challenge excites me. Being hesitant to approach or audition for things pushes me out of my comfort zone.

What is the relationship of Finn Cole?

Finn Cole is currently single. Also, he has not been linked with any other celebrity.

He is currently focused on his career rather than being in a relationship. I Hope, he will soon get the perfect one.

Who is Finn Cole?

Finn Cole is a British actor who is best known for his role as Michael Gray in ‘Peaky Blinders’ and as Joshua “J” Cody in ‘Animal Kingdom’.

He was born on 9 November 1995 in Kingston, London, England.

His birth name is Finlay Lewis Cole and he is currently 23 years old.

He was born to his mother Elizabeth Jacquest and his father Michael Cole. His father used to work on the boat.

He has three older brothers and a younger brother. His brother Joe Cole is also an actor, is his oldest brother.

Cole holds British citizenship and his ethnicity is English.

He attended Esher College from 2011-2013and he was also a member of the U.K.’s National Youth Theatre.

He used to work with his father but as he grew up but later, he became interested in acting.

With the help of his older brother Joe Cole, he changed the course of his career.

He made his debut in the film ‘Offender’ as a Riot Boy in 2012. After two years, he landed the role of Michael Gray in the British TV series ‘Peaky Blinders’, and his older brother Joe plays John Shelby in the series.

Moreover, he produced a play titled ‘Immortal’ and was performed in 2015 at the Arthur Cotterell Theatre.

Also, he founded a production company named GreenTea Productions along with his fellow Esher College students.

It seems Cole has not been awarded and nominated for his work to date.

He has an estimated net worth of around $2 million as of 2022, and he has earned that sum of money from his professional career.

Cole does not like to harm other persons and has not been involved in any rumors and controversies in his personal and professional life.

Also, he stands a height of 5 ft. 8 inches but other information about his weight, shoe size, dress size, etc. is unknown.

Romain Bonnet was married to Mary Fitzgerald before the show ‘Selling Sunset’! 6 interesting facts on Romain