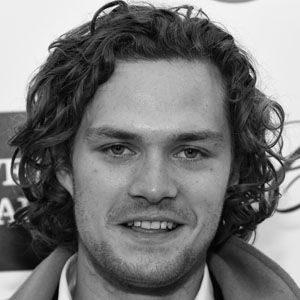 Every day of my life, I make an effort. Like, everything's an effort - a good effort.

I've always been a bit of a lost soul, and I think that goes back to me being adopted and not knowing my roots.

I've always been interested in mindfulness and alternative ways of seeing the world.

Finn Jones has not been linked with any actresses till now. Also, there are no details about Finn’s love and affairs. He has no girlfriend and also he is not married till date. Currently, Finn Jones is single. He was said to be gay but he has firmly denied those rumors.

Who is Finn Jones?

Finn Jones is a British Actor. Finn is known for portraying the role of Loras Tyrell in the HBO Series Games of Throne. He is also known for his work in the Netflix-Marvel series Iron Fist.

Finn Jones was born on 24 March in the year 1988.  He was born in London, England. Finn Jones real name is Terence Jones,’Terry’. Later he changed his name to avoid confusion with Terry Jones, a member of Monty Python. Speaking about his family, Jone’s mother is a caregiver for children and his father is a private investigator. He is a British by his nationality. Finn is of English ethnicity. Furthermore, he has not disclosed much about his childhood and early life.

As regards of Finn’s education, Finn was the Sixth Form student at Hayes School in Bromley, England. Later, he joined The Arts Educational Schools where he took a three-year acting course.

Finn Jones portrayed the role of Jamie for the series Hollyoaks Later in October 2009. He appeared in the 11th series of Doctors in January 2010.

Finn Jones appeared as the character ‘Mark Kennedy’ for the television series ‘The Bill’. He appeared in the series for two episode. He played the son of Commander Lisa Kennedy which was played by Julie Graham in the series. The same month he filmed a new online drama ‘The Curfew’. Finn also played the role of Santiago Jones in British science-fiction television program ‘Doctor Who’.  Jone also appeared in the role of Ser Loras Tyrell for HBO series Games of Thrones. He also had a small role in the 2012 horror movie Wrong Turn 5: Bloodlines.

Finn Jones starred in the movies ‘Sleeping Beauty and The Last Showing’ in 2014. In March 2016 Finn was cast in the role of ‘Iron Fist’ for the Marvel Television/Netflix series, Iron Fist.

Finn Jones: Net Worth and Salary

Finn Jones has a net worth of $ 3 million. There is no official information about Finn Jone’s salary so his salary is Unidentified.

Finn has been part of rumors when he portrayed a gay character in the series Games of Thrones. He also appeared on the cover of Gay Times Magazine in January 2013. Later the rumors turned to be false when he spoke in an interview with Express UK. Finn said:
“We’ve become pretty accepting and tolerant of gay people. I just feel like it’s become normalized now in television.
It’s not a big deal that I’m playing a gay character, it’s just an everyday thing.”

Finn Jones has a height of 6 Feet. He weighs 67 kg.  Finn has a dark brown hair and blue eye.