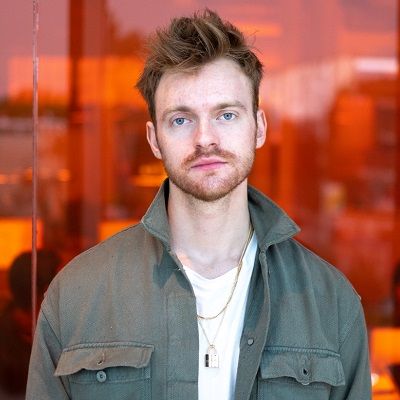 If I'm writing with or for someone else, it just has to feel true and real for them. It has to feel like they're being honest. If it's for myself, it's the same thing. It has to be something I can mean when I say it.

The amount of times I've been told something by artists I'm working with, which I'm sure they haven't told even their significant other or families, is shocking.

Is Finneas O'Connell still in a relationship?

Finneas O’Connell is currently in a relationship with a YouTuber. Her name is Claudia Sulewski. They started dating from the year 2018.

His song of 2019 titled Claudia is dedicated to her girlfriend.

Who is Finneas O’Connell?

Finneas O’Connell is an American singer, songwriter, and producer. He is also an actor who has appeared in both TV and movies.

Finneas O’Connell was born as Finneas Baird O’Connell on July 30, 1997, in Los Angeles, USA. His mother’s and father’s names are Maggie Baird and Patrick O’Connell respectively.

Mrs. Maggie is an actress and screenwriter and Mr. Patrick is an actor.

He has a sister named Billie Eilish who is a singer and songwriter. He belongs to the mixed ethnicity of Irish-Scottish.

Regarding his academics information, he hasn’t disclosed it. However, he took songwriting classes at the age of 12.

Finneas O’Connell is a popular face of the entertainment industry.

As a Singer and Producer

Finneas other awards and nominations are mentioned below:

O’Connell is doing great in both professional and personal. He has not been in any rumors and controversies yet.

As per 2022’s data, this singer and actor have an estimated net worth of $20 million.

Regarding Finneas O’Connell’s body features, he has blue eyes and light brown hair. His height is 6 feet and his weight is 75 kg.

He is also active on the Facebook page and has more than 639k followers. This account was created on Oct 21, 2013.

Moreover, he has his own YouTube channel which has more than 1.14 million subscribers.