Finty Williams is an actress of the TV series Born and Bred. 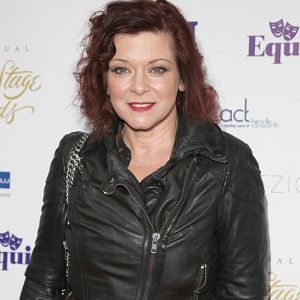 What is the relationship of Finty Williams?

As of now, there is not any information relating to her married life, boyfriend, and affairs. Finty Williams is an unmarried woman.

However, she has one son named Sam Williams.

Who is Finty Williams?

Finty Williams is a British actress. Furthermore, she got huge recognition for her role in the TV series Born and Bred.

In addition, she has also played in several movies such as The Mystery of Edwin Drood, Ladies in Lavender, Mrs. Brown, and much more.

Finty was born on September 24, 1972, in London, United Kingdom. She belongs to the English ethnicity.

She is the daughter of veteran English actors Judi Dench (mother) and Michael Williams (father).

From the beginning of her childhood, she had a keen interest and she began to learn acting in her early days. Being a celebrity child, she was too forward in acting from her childhood.

Concerning her education, she has attended the Royal Central School of Speech & Drama in the United Kingdom.

Finty Williams began her career in the 1992 TV series “As Time Goes By“. In the same year, she also appeared in the TV series The Torch. She made her film debut from the movie The Mystery of Edwin Drood in 1993 followed by The Secret Rapture.

So far, she has featured in more than half a dozen movies such as Mrs. Brown, Gosford Park, The Importance of Being Earnest, and much more.

Additionally, Finty has also starred in a couple of hit TV shows which include Born and Bred, Cranford, Wives and Daughters, and a few more. Moreover, she has also worked on a Radio program named Doctor Who: Demon Quest – The Demon Of Paris as La Charlotte.

Being a successful actress, Finty earns a decent amount of money. However, there is not any information regarding her salary but her net worth is estimated at around $1 million as of 2022.

So far, there are not any drastic rumors regarding her personal and professional life. Moreover, she has not been stuck in any controversy to date. It seems she has a full concentration on her work rather than on other stuff.

There is not any information regarding Finty Williams’s height and weight. Furthermore, she has blue eyes and brown hair.

Finty is not so active on social media. However, she holds a Twitter account in which she has around 14.7k followers.