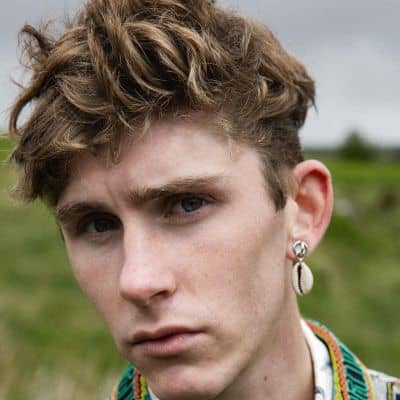 Who is Fionn O'Shea Dating?

Fionn O’Shea is possibly single to date. There is no information available regarding his wife or love partner. Even no sources have spoken about his love affairs or Kids.

Who is Fionn O’Shea?

Fionn O’Shea is a handsome, talented, and famous Irish actor. He rose to prominence after appearing as Ned Roche in the 2016 comedy film, Handsome Devil, and Irish drama, ‘Normal People.’

Similarly, his birth zodiac sign is Capricorn while his ethnicity is Caucasian.

Talking about his educational life, he went to Gonzaga college based in Ranelagh and later went to Visions Drama School for training.

Other details regarding his parents and siblings have not been revealed yet.

Fionn O’Shea made his acting debut by appearing in the Irish short film, New Boy, which even got in the Academy Award nomination for Best Live Action Short Film.

Then, in 2009, he appeared in the film adaptation of late Lillian Beckwith’s novel, A Shine of Rainbows. He then played the role of Jack Koprowski in the animated children’s series, ‘Roy‘ from 2009 to 2012.

Similarly, he was cast as Ned Roche in Handsome Devil, an Irish comedy-drama film.

He then made an appearance, with a supporting role in the drama film, The Aftermath. Following that, he starred as Eddie in the Irish comedy drama-film, Dating Amber, and the 2020 Irish romantic series, Normal People.

The talented actor, Fionn has an estimated net worth that ranges between $3-$4 Million approx. However, he has not shared the details of his salary and income.

There is no record of  Fionn O’Shea being involved in any rumors and buzzes.

Owing to his long professional career, he has not indulged in any part of controversy yet. So, he has maintained a clean image and low profile.

The handsome actor stands at a height of 5 feet 7 inches weighing around 60 Kg. His other body measurements like chest, waist, and hips sizes have not been disclosed yet.

Talking his physical appearance includes a pair of hazel eyes and blonde hair.

Heading towards his social media presence, Fionn has an Instagram account, @fionnos, which is enriched with over 73K followers.