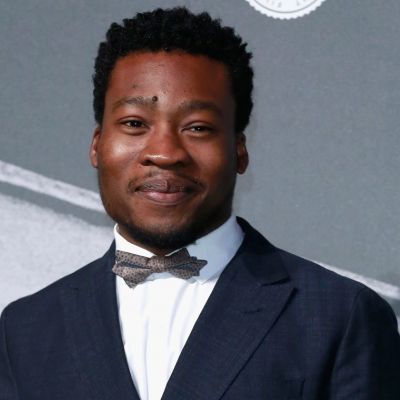 Is Fisayo Akinade single or dating?

Fisayo Akinade is openly gay and seems to be single looking at his social media activities. Neither, he is married nor his hookups news with the co-stars has been in the air.

Furthermore, the married or dating story of Akiande will be interesting for the fans, if he got into it.

Who is Fisayo Akinade?

He is a male artist whose fame soared after appearing as Mr.Ajayi in the Netflix series, ‘Heartstopper’ which was released on 22 April 2022.

Fisayo Akinade was born in Liverpool, England on 28 December 1987. Akinade is 34 years old as of 2022 and holds British nationality. He maintains mixed ethnicity and Capricorn is his birth zodiac sign according to astrology.

He was raised in Manchester by his anonymous parents. He attended drama classes at the Contact Theatre and then, joined the Contact Young Actors Company and workshops at the Royal Exchange Theatre. Later, he went to the Royal Central School of Speech and Drama based in London, for the training.

There is no info about Akinade’s parents and siblings of Akinade.

In 2015, Fisayo Akinade debuted his acting career by appearing in the British Television series, ‘Cucumber.’ He played the role of Dean Monroe in the series. He also appeared in Russell T Davies‘s ‘Banana’ and ‘Tofu’ in the same year.

Similarly, in 2016 he landed as Private Kieran Gallagher in the science fiction horror film, ‘The Girl with All the Gifts’ starring alongside Gemma Arterton, Paddy Considine, and Glenn Close. In 2019, he played the role of Markham in the 2019 British-American drama movie, ‘The Personal History of David Copperfield.’

He was part of season 3 of the comedy-drama series, ‘Atlanta’ which aired from March 24, 2022, to May 19, 2022. In the same year, he appeared in the play ‘The Glow’ by Alistair McDowall which was performed at Royal Court Theatre Downstairs.

His most recent project is ‘Heartstopper’ a British television series in which he starred as Mr. Ajayi, an art teacher who looks out for Charlie.

In 2019, See-Saw films bought television rights and in 2021, Netflix acquired the official distribution rights. The filming of the series took place from April to June in the same year, as the teaser was released on 16 March 2022. On 13 April 2022 official trailer was released while the titles of the episode were released on 19 April. On 22 April 2022, it was officially released to crucial praise for its pacing, acting, and toning as well as its manifestation of the LGBT community.

Fisayo Akinade is able to accumulate a net worth of approximately 1 Million USD. His net worth is the outcome of his handsome salary good earnings, investments, savings, and dedication to work.

Akinade has not been involved in any rumors and controversies as he is able to balance out his professional as well as personal life.

Fisayo Akinade is 5 feet 9 inches tall and weighs around 70 Kg. Moreover, he has a dark complexion with black hair and eyes of the same color.

Moreover, his body measurements including his chest, waist, and hips size are not available yet.

There is a Facebook page under the name of Fisayo Akinade, with a decent number of followers, which might have been created by his fans. Other than this, Akinade is not active on other social media platforms including, Twitter, Instagram, Tiktok, and so on.

Find Out About, Páidi Murphy, Pat Boone, and Alan Jackson.