Fisher Stevens is an American actor, director, producer, and writer. He is known for Short Circuit, Early Edition, and Hackers. He is married and has one child. 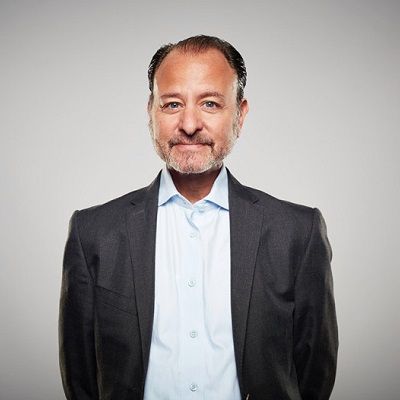 I really wanted to be born a woman. It all started there. A South American woman. And I'm upset that I was born a white Jewish male. I've been angry since

I wanted to do an episode about Chuck having a gambling problem. I wanted to portray my addiction on the show. But I think it's a little edgy for Saturday night.

Fisher Stevens’s relationship status is married. Sources say that he has secretly married his longtime girlfriend Alexis Bloom. She is a filmmaker and producer.

Then in 2017, they were blessed with a daughter, Paloma.

Fisher was in a relationship with Michelle Pfeiffer in 1989. She is an American actress. But this couple ended their affair in 1992.

Who is Fisher Stevens?

Fisher Stevens is an American Actor, director, producer, plus writer. His character of Ben Jabituya in the movie Short Circuit is recognized by everyone.

As of 2019, he was seen in a movie Motherless Brooklyn and TV series Succession.

Fisher Stevens was born on 27 Nov 1963 in Chicago, Illinois, US and holds Caucasian ethnicity. His mother, Sally was an AIDS activist/painter, and his father, Norman was a furniture executive. His sister Julie is an architect.

Fisher grew up in Hyde Park, Highland Park, and Evanston. When Steven was 13, his parents got separated and he stayed with his mother.

Fisher attended New York University, New York City but only for one year.

In 2018 and 2019, Fisher appeared in a satirical comedy-drama series Succession.

Fisher Stevens also appeared in many films. He debuted on the big screen with a slasher movie The Burning in 1981. After this, he was signed in many other movies. His latest 2019 movie was related to crime named Motherless Brooklyn.

Fisher Stevens has light brown hair and blue eyes. His height is 5 feet 7 inches and has a decent weight.

You may also read about Bill Pentland, Josh Pence, and Willam Belli.