Updated On June 28, 2022 | In controversy , Interesting Facts
Share this 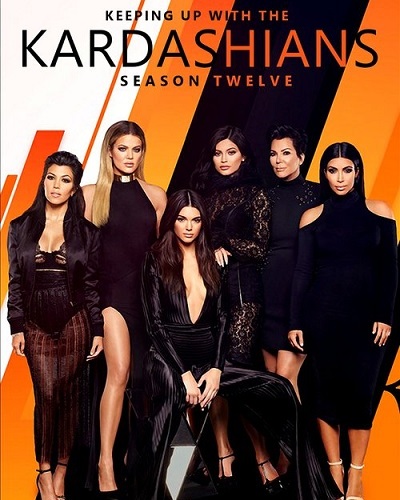 Hollywood is known for many A-listers and this includes famous families as well. Though many of the families are outright straight and earn headlines with their talents and work, there are some which hit headlines mostly for the wrong reasons.

Let us take a look at these notoriously most controversial celebrity families in the entertainment industry of the USA.

This family tops the list with innumerable scandals and controversies. Every move becomes a controversy. Kim seems to have the most of these scandalizing tales.

Be it her blackfacing for a cosmetic product for her line, sucking on an appetite-suppressant lollipop, or her narcissist post after the Manchester terror attack, Kim has made the most controversies in her family. Her sisters, Khloe, Kendall, and Kylie are not far behind.

Besides the girls, the men of the household also leave no chance to make the news. Rob and his association with Black Chyna, their separation, and the release of her nude pictures online all became controversial.

Bruce Jenner‘s gender change surgery to Caitlyn Jenner was also the biggest news worldwide. Then what about his son-in-law? Kim’s husband singer Kanye West is in news lately for his adoration for Donald Trump.

The Hadid family has a patriarch Mohamed Hadid who is a real estate developer of Palestinian origin. His ex-wife is Dutch model Yolanda Hadid and their kids are Gigi, Bella, and Anwar Hadid.

They were born in 1995, 1996, and 1999 respectively. Yolanda made news with her innumerable plastic surgery procedures. She has now accepted that she was wrong in undergoing all these procedures, on her body and uploaded on her Instagram a recent image of her without the silicones.

Gigi had her share of controversies. She had to apologize for a controversial Vogue Italia cover photo in which she had blackened her face. Gigi also landed in a controversy for her statement on Israel – Palestine conflict. She had said:

“I’ve said it before and I’ll say it again. For me, this is not about religion or one against the other – it’s about the greed. #FreePalestine #freegaza #coexist.”

When Gigi, Bella, and Anwar each were on the cover of Vogue Arabia, various media outlets criticized them and said that they were not Arabs enough for it.

There are 7 entertainers in this family which include four brothers, Alec, Daniel, William, and Stephen, Kim Basinger (ex-wife of Alec), Chynna Phillips (ex-wife of William), Ireland(Alec’s daughter), and Hailey (Stephen’s daughter). This family has entertained people not only on screen but also with their real-life dramas.

They have it called: bankruptcies, nasty divorces, drug addiction problems, and more. Viewers accuse Alec of having a homophobic attitude.

He had verbally misbehaved with his daughter Ireland. Hence the court barred him from seeing her. He had called her a thoughtless little pig. All the brothers had drug addiction issues.

Stephen had gone financially broke in 2009 and was arrested for tax evasion in 2012. The police had also caught him driving on a suspended license twice.

He is thrice married and has five children from four different women. There was discord within the family on the matter of Donald Trump. And now Hailey’s wedding to Justin Bieber and her impending divorce!

Jennifer Hudson is an American singer and actress. Her mother Darnell Donerson and brother Jason Hudson, 29 were killed at their home in Chicago, Illinois.

The body of her nephew Julian King, 7 who was initially missing was later found in a parked car with gunshot injuries. Julian was her sister Julia Hudson’s son.

Julia’s estranged husband, William Balfour, 27 had committed all these murders and the court sentenced him to life imprisonment.

Charlie Sheen and his family

Charlie Sheen, his father, Martin, and brother Emilio Estevez are all actors. He has two other brothers who also worked in films before. Charlie is Hollywood’s bad boy due to his wild lifestyle. He has HIV and his former partners have accused him of not disclosing his positivity to them.

Many of his former partners also accused him of domestic violence. He was into drug addiction and a lavish spender. The court also took away his twin kids from him.

He had a legal battle with his ex-wife Denise Richards since he did not want to vaccinate his kids. He also believes that the 9/11 attack was, done by the US government.

His brother had almost gone broke while he was working on the screen for his pet project Bobby.