William has also dated Brigitte Nielsen, Tiffany Pollard, Nicole Alexander, Deelishis, Candace Cabrera, and Latresha Bradford. Presently, he is in a relationship with Liz Trujillo. The pair have been engaged for 10 years. 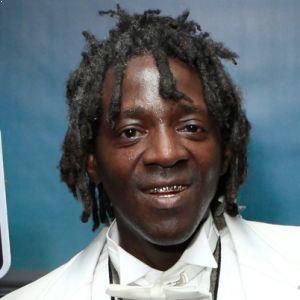 I wear my Viking helmet because the horns define how sharp my brains are. If you try to rub me the wrong way, I will stick you with both of my horns

My chicken ain't no joke. I ain't scared to go up against the Colonel, tastewise.

Who is Flavor Flav?

Flavor Flav is an American musician, rapper, comedian, and television personality. He was a member of the hip-hop group Public Enemy. Additionally, he has appeared in ‘The Surreal Life’, ‘Strange Love’, and ‘Flavor of Love.

William was born in Roosevelt, New York on March 16, 1959, to parents Anna Drayton and William Sr. Throughout his early life, he grew up in nearby Freeport within the Town of Hempstead, New York.

He became interested in the world of music in his childhood years and he learned to play the piano when he was five years old. He is of American nationality. Furthermore, he belongs to an African-American ethnic background.

Talking about his education, William dropped out of high school. Later, he attended Adelphi University on Long Island. Additionally, he went to culinary school in 1978.

William’s band Public Enemy released a track in 1984 titled ‘Public Enemy #1’. Additionally, later, they released ‘It Takes a Nation of Millions to Hold Us Back.

The album went double platinum. He released his first solo album in 2006. He has since then gone on to appear in numerous movies and television series throughout his career.

William has appeared in movies and TV series including ‘The Labyrinth’, ‘Body High’, ‘Stupid Hype’, ‘Dr. Fubalous’, ‘YooHoo and Friends’, ‘Nite Tales: The Series, ‘Under One Roof’, ‘Cain and Abel’, ‘Confessions of a Pit Fighter’, ‘Death of a Dynasty’ and ‘New Jack City’ among others. Additionally, he has 1 credit as a producer, 2 credits as a writer, and two credits as a composer. Furthermore, William is also a restaurateur.

William has been part of several controversies in his career. He has been in and out of jail several times for robbery and burglary. Additionally, he pleaded guilty to assaulting his past girlfriend Karen Ross.

Furthermore, he has also been charged with domestic violence, cocaine and marijuana charges, and attempted murder.

He was also arrested for various driving offenses on May 2, 2011. At present, there are no rumors concerning his life and career.

Talking about his body measurement, William has a height of 5 feet 7 inches (1.7 m). Furthermore, his hair color is black and eye color is dark brown.

Also get to know more about the birth facts, education, career, net worth, rumors, height, social media of different personalities like Cardi B, Kyle Massey, and Omar Gooding.