Flo Rida is an American rapper, singer, and songwriter. Flo Rida is not having an affair with anyone presently.

Flo Rida started going out with model Phoenix White in December 2007. They dated for about 6 months before deciding to end their relationship in the summer of 2008.

He dated the actress Vivica A. Fox revealed that she had a crush on the Miami based rapper. It was later revealed that they had been spotted together out on a date in Miami a couple of weeks before her interview.

Flo was linked up with model and actress Brenda Song in May 2009 by the tabloids after she was spotted at his concert in Los Angeles. It was claimed that they had gotten cozy backstage at the event and he was later spotted leaving with her.

Flo was reported to be going out with recording artist Brandy. He was spotted at her birthday party in February. According to onlookers, they were holding hands at the party. She herself confirmed that they were going out, in an interview, in April and she stopped short of labeling themselves as a couple but claimed that he was somebody in his life in whom she was interested.

The rapper started going out with actress and model Eva Marcille. They were first spotted together in June at the BET Awards 2010. It was also reported that Eva was the reason behind his breakup with Brandy.

He eventually confirmed that he was going out with Eva during his appearance on the Wendy Williams show. They decided to pull curtains on their relationship in the early months of 2011.

Flo Rida started his volatile and on and off relationship with actress and model Melyssa Ford in the early months of 2011. Over the course of the next 18 months, they broke up on 3 occasions only to get back together. In one of her interviews after their final break up, Melyssa called his conversational skills fairly limited.

He started going out with model Darnell Nicole in October 2016. However, their affair didn’t last even 6 months and they went separate ways in February 2017.

This rapper has a son named Zohar Paxton. The mother of his child is Alexis Adams. 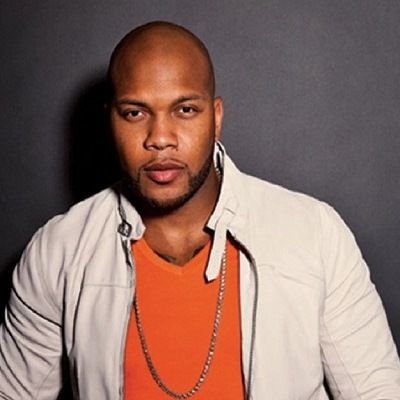 I love the energy over here in the U.K., the hospitality is insane.

I like to take music from everywhere and put it in my style and let it be accepted.

At the end of the day, I want to be the guy who experienced music in all type of ways, with hip-hop being the roots of it.

If they can go out and buy my albums, I can at least make the sacrifice to holler at the few people who call. A lot of times I'm busy so they'll get my voice mail. And if I can speak to them and I have time, I always text back. Because I think that's very important.

Who is Flo Rida?

Flo Rida is an American rapper, singer, and songwriter. Likely, his debut single ‘Low’ was released in the year 2008.

Flo Rida was born in Carol City, Florida, the United States on  September 17, 1979. His birth name is  Tramar Lacel Dillard and he is currently 42 years old.

However, (his father’s and mother’s name is unknown). A music enthusiast since childhood, he got a feel of real music through his brother-in-law who was associated with the local rap group ‘2 Live Crew’ as a hype man.

While in his ninth-grade he became a member of the amateur rap group ‘GroundHoggz’. The other three members of the group were his friends from the apartment complex he lived in. The four members of the group worked together for eight years. He has a sister namely, Julia Dillard.
Flo holds American citizenship and mixed (African-American) ethnicity. His birth sign is  Virgo.

Talking about Flo’s education history, he completed his high school studies in 1998 and he enrolled at the University of Nevada, Las Vegas’ to study international business management, only to drop out after two months.

He also had a stint at ‘Barry University.

Talking about his profession his association with his brother-in-law led him to work as a hype man and backup rapper of Fresh Kid Ice, a member of ‘2 Live Crew’. He toured along with Ice in such a capacity and went on to feature in many tracks of the latter’s album ‘Freaky Chinese’ (2004).

Whereas his work with Ice drew the attention of Jodeci member DeVante Swing and even though he came under the guidance of A&R, he strived to associate with a good label and faced rejections from major record labels. In the year 2000, he signed with the American hip hop group ‘Hot Boyz’.

In his struggling days, he did several odd jobs to make his musical passion forward, strayed in motels and even on the streets sometimes. After getting a call from a representative of the American record label ‘Poe Boy Entertainment’ (presently ‘Poe Boy Music Group’), he went back to Florida. He signed with the label in 2004.

In fact, the song ‘Bitch I’m From Dade County’ from the 2007 album of DJ Khaled titled ‘We the Best’ featured him in a guest appearance for the first time along with Rick Ross, Dre, C-Ride, Trina, Brisco, and Trick Daddy.

Additionally, his debut studio album ‘Mail on Sunday’ released on March 18, 2008, generated three singles including ‘Low’.  Many of the tracks of ‘Mail on Sunday’ featured guest artists including Lil Wayne in ‘American Superstar’; Timbaland in ‘Elevator’; will.i.am in ‘In The Ayer’; and Sean Kingston in ‘Roll’ among others.

In the year 2008, he also featured in albums like ‘The Fame’ by Lady Gaga, ‘Gutta’ by Ace Hood, and ‘We Global’ by DJ Khaled; and guest performed in singles like ‘Running Back’ by Jessica Mauboy and ‘Move Shake Drop’ by DJ Laz.

Many movies like ‘Rush Hour, ‘The Hangover’ and ‘Pitch Perfect’ among others used the single ‘Right Round’.

He has an estimated net worth of around $30 million as of 2022, and he has earned that sum of money from his professional career.

There was a rumor that Flo is gay. Later, it was revealed that he is bisexual. Currently, he is far from rumors and controversies.

Flo Rida has a height of 6 feet 3 inches and he weighs is 92Kg. His hair color is black and his eyes color is dark brown.

Also get to know Lil Mama, Kevin Federline, and Yo Gotti.