Floriana Lima is an unmarried woman till now. She is currently in a relationship with the American actor Casey Affleck. The couple began dating each other back in 2016. They are very serious about their relationship.

They have been together for a year now and there is no sign of separation at all. There is no other record of her relationships. Lima has not revealed any information about her plans of settling down at the present time.

She is currently focusing on her work and she is happy with her boyfriend Casey. 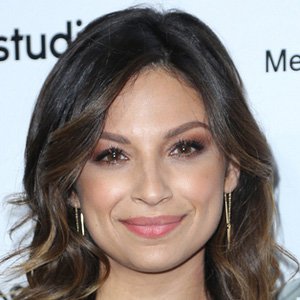 I may have the 'Twilight: Breaking Dawn' soundtrack, which I've been told is embarrassing, but come on, there are some good songs on there

Any kind of peanut butter/chocolate concoction is my jam.

The true measure of a man is how he treats someone who can do him absolutely no good.

Who is Floriana Lima?

Floriana Lima is an American actress. She is best known for playing Nurse Rosa on the Fox drama The Mob Doctor (2012-2013).

She is also popular for her main role as detective Maggie Sawyer in the American superhero action-adventure drama television series, Supergirl (2016-present).

Lima was born on 26 March 1981, in Cincinnati, Ohio, USA. She is an American nationality and is of Irish, German, Italian, and English ethnicity.

She graduated from high school in 1999 and enrolled at Ohio State University, majoring in communications.

After college graduation, Lima began her career as a production assistant at NBC4 in Columbus, Ohio. Shortly, she moved to Los Angeles to pursue her acting career.

She made her acting debut in 2008, playing Franny in Terminator: The Sarah Connor Chronicles. That same year, she appeared as Haley in an episode of How I Met Your Mother.

Later, Lima became a series regular in Fox’s medical drama The Mob Doctor (2012-2013), in which she played Nurse Rosa. She appeared as Allison Hutchins in the 2013 film Hawaii Five-0.

In 2016, she was cast in the lead role of detective Maggie Sawyer in the American superhero action-adventure drama television series, Supergirl.

Since then, she portrays the role of Maggie in the series. She is quickly establishing herself as one of the freshest new faces on television.

As a physical therapist and former military member Darcy Cooper, Lima joined ABC’s A Million Little Things for its second season in 2019. In season three, she was made a series regular (2021).

Floriana Lima: Salary and Net Worth

Her income and salary have not been revealed yet. As of 2022, she has an estimated net worth of $1 million.

Talking about the rumors and controversy, there was a rumor that she won’t be on the Supergirl series in season 3.

Besides this, she has not been part of any rumors and controversy.

Besides these, she has black hair and dark brown eyes. Floriana’s body measures the size 34-24-33 inches. Her bra size is 32B.

Also get to know more about the birth facts, education, career, net worth, rumors, height, and social media of different personalities like Erica Rose (Actress), Tippi Hedren, and Steve Gullion.