(Director of public relations for Gucci) 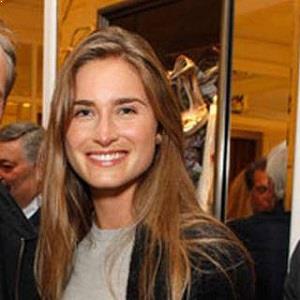 What is the relationship of Florinka Pesenti?

Florinka Pesenti was initially in a relationship with Drew after the Race and stayed together for 7 years before breaking up in 2009. The reason behind the break-up is not known.

In 2009, she met Dan Abrams at a party after a mutual friend John DeLucie introduced them. During this time, Flo had just got out of her previous relationship.

The pair began dating in 2010. Next, in January 2012, they announced that they were having a baby.

Their son Everett Floyd Abram was born in January 2012. Flo currently resides in New York with her boyfriend and son. Although not married, the pair’s relationship seems to be going strong every day.

Florinka Pesenti often called Flo is currently the director of public relations for Gucci. In addition, she is also the first female winner of ‘The Amazing Race’.

Florinka was born in Milan, Italy on January 17, 1979, to parents Roberto, a bureau chief for an Italian newspaper, and I like, a photo editor.

Her mom and dad had settled with Florinka and her younger brother, Viktor, on the Upper East Side throughout her childhood. Later, she moved to New York in 1984.

She is of Italian descent and belongs to the American nationality.

Talking about her education, Florinka attended Fieldston and later graduated from there.

Initially, in her career, Florinka became part of ‘The Amazing Race’. Later, she became the first woman to win the race. Furthermore, her team became the first winning team to have the highest racing average of the season.

She also became the first person to perform the least number of Roadblocks that reached the final three.

Moreover, in the show, Flo was responsible for having working relationships with many of the teams to help her and Zach get ahead. She was 23 years old when she won. Later, she turned down ‘The Amazing Race 11’.

After that, Flo and her teammates were asked to participate in All-Stars as a new team. However, Flo reportedly declined the proposal for two reasons: she felt that the Race had brought the worst out of her, and Zach was not invited to join her.

Florinka has not revealed her current salary. Furthermore, there is no information regarding her net worth at present.

Since Flo has kept most of her personal information a secret from the rest of the world, there are no rumors concerning her at the moment.

Furthermore, she has successfully kept her career away from mainstream media controversies.

Moving towards her body measurements, Florinka Pesenti has a height of 5 feet 9 inches tall. She has dyed brown hair and dark brown eyes.

Besides this, there is no information about her body weight, shoe size, and dress size.

Does Florinka Pesenti have a daughter?

She is blessed with a son.

How old is Florinka Pesenti?

She is not active on this platform.
Jamie Strachan
Tags : Dan Abrams first female winner Gucci The Amazing Race