Floyd Mayweather Jr. is an American professional boxer and promoter. He is undefeated as a professional. In addition, he is currently in a relationship. 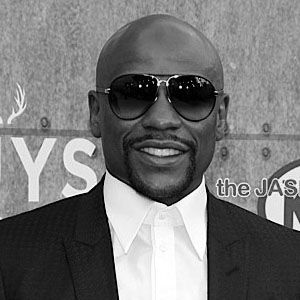 When you're the best, you only want to surround yourself with the best.

Things happen for a reason, and the only thing you can do is at night time get on your knees and ask God for forgiveness for anything that you did that you didn't feel was right.

What is the relationship of Floyd Mayweather?

Floyd Mayweather had a relationship with American Reality TV Contestant Erica Dixon for some time. He dated American Actress, Josie Harris for about 14 years. The couple was engaged for 2 years. They got together in May 1993 and got engaged in September 2005.

They later separated in September 1999. They have three children from this relationship Koraun Zion and one of the girls — Jirah. The three children were born on 19th November 1999, 28th March 2001 and 20th June 2003.

Floyd dated American Reality TV Contestant, Princess Love for two years from 2012 to May 2014. He was then in a 9 months relationship with Doralie Medina from April 2014 to 2015. Floyd is currently dating 5 women. They are Aileen Gisselle, Rmarni Eliss, Bad Medina, Jamie Lynn, and Yaya. He is also believed to be in a relationship with another girl named Abi Clarke.

Who is Floyd Mayweather?

Floyd Mayweather Jr. is an American professional boxer and promoter. He is undefeated as a professional. In addition, he has won fifteen world titles and the lineal championship in four different weight classes.

He is arguably the best defensive boxer in history. Also, he topped the Forbes and Sports Illustrated lists of the 50 highest-paid athletes of 2012 and 2013 respectively.

Talking about his early life he was born on February 24, 1977.  Floyd belongs to the African-American ethnic background and has American nationality. He experienced his childhood in Grand Rapids, Michigan. His father Floyd Mayweather Sr. was a former welterweight contender and his mother’s name is Deborah Sinclair.

His uncles played professional boxing. As a matter of fact, boxing has always been a part of Floyd’s childhood. During his early life, his father took him to the gym to train and work on his boxing. Next, Floyd began focusing on boxing. This caused him to drop out of Ottawa Hills High School.

Floyd first gave a start to his career journey when he won the national Golden Gloves championships in 1993. He then won a bronze medal in the 1996 Olympics in Atlanta. He defeated William Jenkins, James Baker, Carlos Navarro, Augie Sanchez, and others in the Featherweight Olympic qualification.

As a result, he then defeated d Bakhtiyar Tileganov, Artur Gevorgyan, Lorenzo Aragon, and others. Finally, Floyd’s amateur career finished in 84-6.

Floyd’s first professional fight was on October 11, 1996, against fellow newcomer Roberto Apodaca. After two years in professional boxing, he won his first world title (the WBC super featherweight (130 lb) championship) against Genaro Hernández. Later, he became the first 1996 U.S. Olympian to win a world title. He reached the rank of #8 by the end of 1998. Then, he defended his third title against Justin Juuko and won the game via knockout. Later on, he successfully embarked on a seven-year stretch that had many fight fans talking about him as one of the sport’s all-time greats after 2000.

In 2007, Floyd announced his retirement after defeating Ricky Hatton. Later in September 2009, he returned to the ring. Afterward, he won a 12-round unanimous decision over Shane Mosley in Las Vegas to maintain his professional record to 41-0.  He fought against eight-division champion Manny Pacquiao on May 2, 2015. He won the match and successfully retained his perfect record. Floyd is currently making the news. His most anticipated fight against Conor McGregor is happening soon. This match is scheduled to take place on August 26, 2017.

Apart from his boxing career, Floyd has also appeared in several movies and television series. He took the center stage in the four-part HBO documentary ‘24/7’. Later, he was a participant in ABC Television’s ‘Dancing with the Stars. He has garnered several awards for his name. Twice, he won the International Boxing Award for Fighter of the Year in 1998 and 2007, Best Fighter ESPY Award in 2007, 2008, 2010, and 2012. He has won other several awards in various categories.

There were rumors that Floyd was dating Jessica Burciaga, Lindsay Lohan, and Brit Raemarni. Floyd has been a subject of numerous controversies in his career including two counts of domestic violence and one count of misdemeanor battery which he was charged in 2002.

Josie Harris filed a domestic battery report against him. Furthermore, police sought him for questioning after his former girlfriend on September 9, 2010. He also served his county jail sentence from June 1 until August 2012. Eventually, the organization stripped Floyd’s WBO Welterweight Champion (147 lbs) title on July 6, 2015. He also has an ongoing feud with 50 Cent, Rick Ross, T.I., Ronda Rousey, and Nelly. His ex-girlfriends have sued him several times.

He also served his county jail sentence from June 1 until August 2012. Eventually, the organization stripped Floyd’s WBO Welterweight Champion (147 lbs) title on July 6, 2015. He also has an ongoing feud with 50 Cent, Rick Ross, T.I., Ronda Rousey, and Nelly. His ex-girlfriends have sued him several times.

Floyd Mayweather has a height of 5 feet 8 inches. Additionally, he weighs 70 kg. In addition, his hair color is black and his eye color is dark brown.

You may also like to read about the education, early life, career, affairs, body stat, and social media of Sarah Roemer, Sofia Vassilieva, and Amanda Righetti.