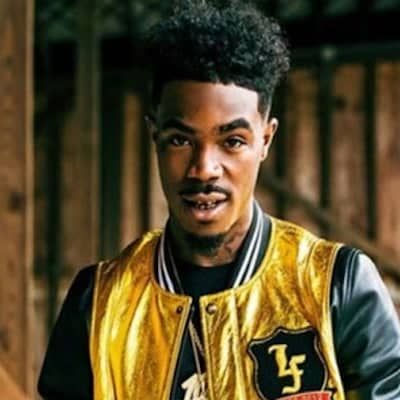 I’m from the streets for real. Fame doesn’t enthuse me at all. I’m out here for my kids. I’m not talking about outside topics

I’m talking about myself. You get a message from every song. My music is really me. I’ve got so much shit to say I’ll never run out.”

What is the relationship of Foogiano?

He is in a healthy relationship with Renni Rucci. In 2020 they began dating.

But he ha welcomed his child in late 2020. He posted his daughter’s picture on his social media account.

Foogiano is an American rapper.

He has sung songs including Molly, First Day in LA, Trapper, and more.

He is associated with Hip hop music genre and Atlantic Records.

He was born on 04 July 1993 in the United States with the real name Kwame Khalil Brown.

His father and his mother’s identities are behind the curtain.

He was raised by his mom and has three brothers and a sister.

Foogiano’s ethnic background is All-American but his academics are not disclosed.

Foogiano is mostly known for his first mixtape Gutta Baby which came out in 2017.

With his song Molly, he won the Authentic Empire Music Group Rap Competition.

The prize of this contest was around $10k.

He created a channel in Jan 2020. He has many videos uploaded and her subscribers are over 323 thousand.

The net worth of three popular rappers are,

This musical artist is recently in mid-March 2021 caught by the police in Memphis after being wanted.

The police however have not revealed how they find Foogiano.

In Dec 2020, he was arrested for having a firearm in Barrow County.

The incident happened in July 2020 when one of his members open fire on the audience at a concert in Greenville.

The court put him on probation trial and he has paid an amount of $50k for violating probation.

He ordered me to wear an ankle tracker and not to leave Georgia. But the bracelet was later found melted.

Regarding Foogiano’s body features his height is 5 ft 11 inches and his body weight is of average shape.

In addition, he has black-colored eyes but his hair is also black.

He is active on social networking sites and his Facebook and Twitter have more than 29k and 16.7k followers respectively.