R.I.P. The Former First Lady of the US, Barbara Bush dies at the age of 92. Her husband, 43rd President of the US, George H.W. Bush was by her side till the end 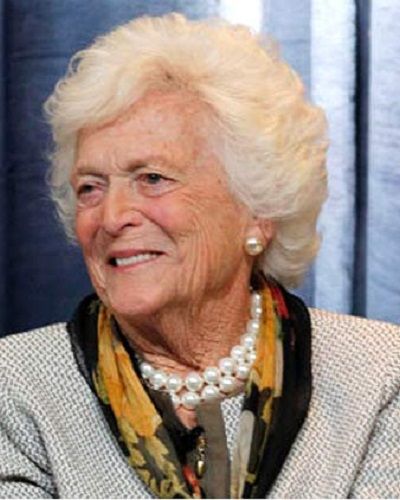 My dear mother has passed on at age 92. Laura, Barbara, Jenna, and I are sad, but our souls are settled because we know hers was. Barbara Bush was a fabulous First Lady and a woman unlike any other who brought levity, love, and literacy to millions. To us, she was so much more. Mom kept us on our toes and kept us laughing until the end. I’m a lucky man that Barbara Bush was my mother. Our family will miss her dearly, and we thank you all for your prayers and good wishes.

The reason for her death is not a specific health problem but her body was declining and was not responding to the medical treatment. Her death was announced by her husband George’s office stating,

“A former First Lady of the United States of America and relentless proponent of family literacy, Barbara Pierce Bush passed away Tuesday, April 17, 2018, at the age of 92.”

Couldn’t love this woman more. Our world, particularly my families is so much better because she’s in it. ???

Barbara’s husband, H.W. Bush was by her side till the end. The couple fell in love with each other and got married and as they took vows, they supported each other till the end. Sources said that he held her hand whole time on the day of her death,

“He held her hand all day today and was at her side when [she] left this good earth.”

After the death, he was left shattered and heartbroken.

I already miss this FORCE of a woman— the “enforcer” because she was the glue that held our family together. She taught me to use my voice but also to value the opinions of others. She adored her friends and family; her loyalty was unwavering. Humor helps, she often said and it does, Gans, but I will miss your laugh terribly. She adored my Gampy, the first man she ever kissed; their love story is so engrained in the history of our family. Thinking of my Gampy tonight —no doubt missing his beloved desperately. Gans, people stopped me all the time to tell me how much they loved you. I didn’t mind sharing you with them. I love you more than tongue can tell, my Ganny.

You may like to read Ninety-two-year-old Barbara Bush decides for only comfort care! Know why she chose no further medical interventions!

The couple met for the first time during the time of Christmas at Christmas dance party. She was 17 and he was 18. Barbara said,

“I married the first man I ever kissed. When I tell this to my children, they just about throw up.” 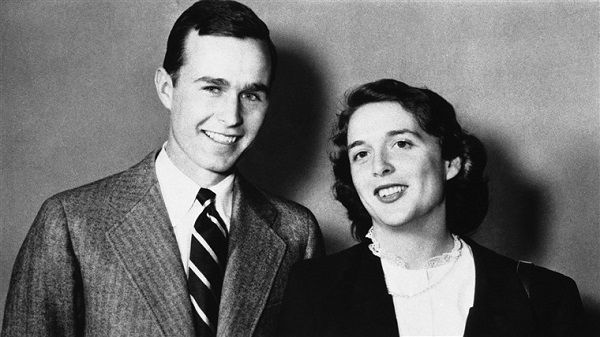 Some historians and journalists found out the bits and pieces of the love story of Barbara and George. They tweeted that on Dec. 12, 1943, he sent his to-be-wife, Barbara Pierce a letter. Bush was posted as a U.S. Navy pilot during the time of second world war. His letter goes like this,

I love you, precious, with all my heart and to know that you love me means my life. How often I have thought about the immeasurable joy that will be ours someday. How lucky our children will be to have a mother like you.

This may sound melodramamtic, but if it does it is only my inadequacy to say what I mean. Bar, you have made my life full of everything I could ever dream of — my complete happiness should be a token of my love for you.”

Their son, George W. Bush became the 43rd President of the United States on 2nd January 2001. When asked about his mom, he says she is a,

“a fabulous First Lady and a woman unlike any other.”

Tags : Former First Lady of the US