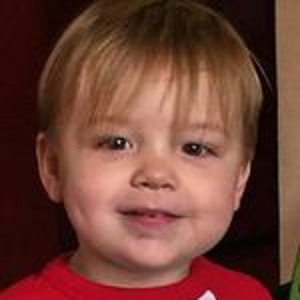 Who is Fox Messitt?

Fox Messitt is a child actor of America. He is best known for playing Tommy Fuller, Jr. on the Netflix series Fuller House. He wasn’t even able to crawl when filming for Fuller House started. He and his twin brother Dashiell both play the same character as the role splits with his twin brother.

Fox Messitt was born on 5 December 2014, in Glendale, California, USA. His nationality is American and he is of North American ethnicity.

He is the son of American film producer Kacy Andrews. His mother is the CEO of Bigfoot Entertainment. He has a twin brother named Dashiell Messitt. He belongs to a Native American family. He and his brother were the results of a surrogate, as their mother suffered from infertility.

There is no information on his education details.

Messitt began his career as a child model. He signed with the Zuri Modeling & Talent Agency prior to his casting on Fuller House. In early 2016, he was cast for the role of Tommy Fuller, Jr. with his twin brother on the American family sitcom Fuller House, sequel to the 1987–95 television series Full House. He wasn’t even able to crawl when filming for Fuller House started. He and his brother both portray the same role in the series. He and his brother previously appeared in a commercial and on an episode of Kirby Buckets.

Messitt is a child actor. It seems like he has a bright future ahead in the acting field. Despite his young age, he has a huge fan following and he is loved for his acting skills.

Fox Messitt: Salary and Net Worth

There is no information about his net worth as well as his salary.

Currently, there are no desperate rumors regarding his personal and professional life. It seems he is doing best job without harming others for which he hasn’t been a part of controversy yet. Also, he is so young to be a part of rumors and controversy.

Currently, Fox has the height of 1 feet 8 inches. He has blonde hair and dark brown eye.