Fran Drescher is known for her roles as Fran Fine in the hit TV series The Nanny (1993–99), and for her nasal voice and thick New York accent. She is not only an actress but a writer, comedian, and activist as well. 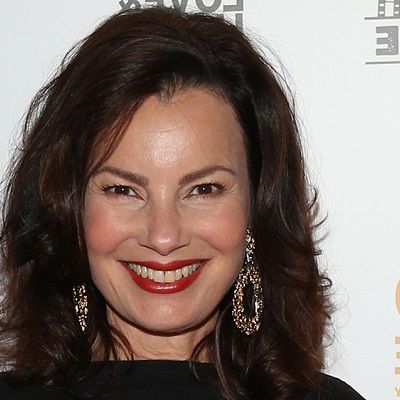 Who would make this up?

It is our duty to recognize that injustice exists and shift national consciousness to correct that injustice. Marriage equality is our opportunity to uphold our constitutional values, to stretch beyond our comfort zone and mature into a better version of ourselves. It is only by example that we may continue to be a beacon of freedom for the rest if the world. Love is love.

Fran Drescher is married twice in her life. At first, she married her high school boyfriend Peter Marc Jacobson. They dated for years before getting married. They married on 4th November 1978. Later her husband knew that he was gay and they divorced on 15th December 1999.

After that on 7th September 2014, she participated in a ceremony at Drescher’s beach house with Shiva Ayyadural. Later, both of them tweeted that they married there. But later they claimed it was not a formal wedding but a spiritual celebration of their friendship. After two years they separated.

Who is Fran Drescher?

Fran Drescher is known for her roles as Fran Fine in the hit TV series The Nanny (1993–99), and for her nasal voice and thick New York accent. She is not only an actress but a writer, comedian, and activist as well.

Fran Drescher was born on 30th September 1957 in New York City, US. She was born to Morty Drescher(father) and Sylvia Drescher(mother). Similarly, her mother was a bridal consultant and her father was a naval systems analyst. Also. she has an older sister named Nadine.

Likewise, she belongs to American nationality and Ashkenazi Jewish ethnicity.

She attended Flushing’s Parsons Junior High School, which later dissolved. After that, she attended Hillcrest High School in Jamaica, Queens. Similarly, she graduated from there in the year 1975 and she attended Queens College, City University of New York, but dropped out in the first year.

Talking about career, she made her screen debut with a small role in the 1977 film Saturday Night Fever. Later, she appeared in American Hot Wax (1978) and Wes Craven’s horror tale Stranger in Our House(1978).

Likewise, she is a uterine cancer survivor and outspoken healthcare advocate and LGBT rights, activist. She is noted for her work as a Public Diplomacy Envoy for Women’s Health Issues for the US State Department. Furthermore, on February 4, 2014, she made her Broadway debut in Cinderella as stepmother Madame.

Talking about awards, Fran has been nominated to Emmy Awards and Golden Globe Awards for Best Actress in Comedy Television Series two times. She has received the John Wayne Institute’s Woman of Achievement Award, the Gilda Award, the City of Hope Woman of the Year Award and many other.

Likewise, on 10th April 2010, she was guest of honor at the “Dancer against Cancer” charity ball held at the Imperial Palace, Vienna, Austria. She received the first “My Aid Award”.

Being a successful actor, comedian, producer, and activist she has the estimated net worth of $25 million. Similarly, she has worked in movies which had a huge amount of box office collection. However, she has not revealed her salary and incomes.

There is no big rumors and controversy of Fran. She is successful in keeping her life away from controversies yet doing her best to make her career shine.