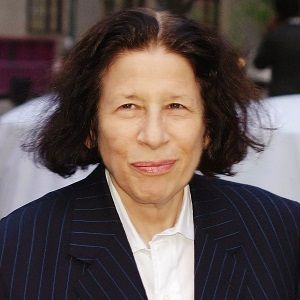 In real life, I assure you, there is no such thing as algebra.

Fran Lebowitz is an unmarried woman. She is a lesbian. She dated models when she was young.

She says that she could be in a relationship for barely six days. And her longest affair lasted for three years according to her. However, she has not been public about her romantic interest.

She revealed that “I’m a horrible girlfriend. I always was.” She openly says that she loves the relationship during the initial phase gradually she starts losing interest.

Fran does not like the conventional idea of dating, getting married then have kids!

Who is Fran Lebowitz?

Fran Lebowitz is a famous author and public speaker from America. She is best known for her books such as Metropolitan Life and The Fran Lebowitz Reader.

Furthermore, she has also appeared in a couple of movies such as The Wolf of Wall Street, Beautiful Darling, and Mapplethorpe: Look at the Pictures.

Fran was born on October 27, 1950, in Morristown, New Jersey. She is the daughter of Harold Lebowitz, father, and Ruth Lebowitz, mother.

She has one sister named Ellen Lebowitz and belongs to the Caucasian ethnicity. Talking about her early life and childhood, she grew up with his parents along with her sister.

As a child, she struggled in academics. Besides, she was restricted from high school. Soon after that, she started to work in various places. Concerning her education, there is not any information regarding her education.

Fran Lebowitz began her career as a writer and published a book entitled Metropolitan Life in 1978 followed by Social Studies in 1981. Furthermore, her books became a huge hit and loved by many people all around the world.

Later, she also wrote an incomplete novel entitled Exterior Signs of Wealth in which she describer the rich people who want to be artists, and artists who want to be rich. Apart from that, she has also appeared in several shows of Late Night with David Letterman.

Besides this, she is also a chain smoker and also known for her advocacy of smokers’ rights. Back in 2007, Fran was the most stylish woman in Vanity Fair‘s 68th Annual International Best-Dressed List.

In 2010, HBO launched a show called Public Speaking, Martin Scorsese’s documentary relating to her interviews and clips from speaking engagements.

Being a popular author, Fran earns a massive amount of money from her profession. Moreover, she has a net worth of $4 million. But her salary is not disclosed.

So far, there are not any drastic rumors regarding her personal and professional life. Once, she has spoken about a controversial topic regarding New York’s much-discussed homelessness problem and immigration.

Moving towards her body measurements, Fran Lebowitz has beautiful hazel eyes and brown hair. She has a bobbed haircut. There is no information about her height, weight, shoe size, and dress size.

Fran is not so active on social media such as Instagram and Twitter. The irony is that she does not use or own a mobile phone, computer, laptop, or typewriter. However, there is a Facebook page on her name with around 50.2k followers on Facebook.

Fran Lebowitz Talks About Trump, Adele In An Interview!! Doesn’t Have Cell Phone Still Knows Everything About Social Activity

Singer Adele and her husband of three years Simon Konecki have split!