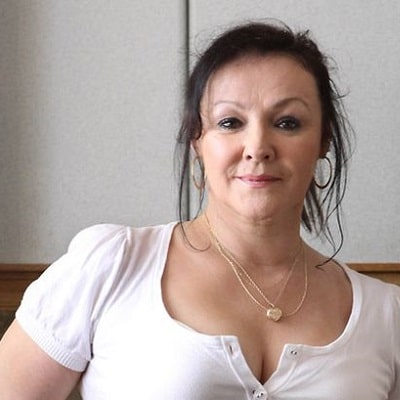 Frances Barber is currently living her single life. Previously, she dated Danny Boyle, director of Slumdog Millionaire, with whom she worked during her high school.

After that, she began dating Drop the Donkey actor Neil Pearson for five years and finally got separated in 1990. Later, she was in a relationship was with her co-star in King Lear, Sir Ian McKellen. They were in a relationship until 2008. He supported her very much when she met a bike accident in 2007, which wrecked her knee.

Who is Frances Barber?

Frances Barber is one of the most renowned English actresses who is best recognized for her performances in the plays Camille (1985), and Uncle Vanya (1997) for which she received Olivier Award nominations.

She was born on 13th May 1957 in Wolverhampton, Staffordshire, England. Her real name is Frances J Brookes. She grew up in her hometown, Wolverhampton, with her family consisting of her parents and their six siblings. Frances is the fourth of six children born to her father, S.W. Brookes and mother, Gladys Simpson. Her father was a bookie while her mother was a school dinner lady.

Death of mother and brother

Unfortunately, her mother passed away in 1991 due to cancer. And in the same year, her elder brother, Graham, also died at the age of 41 in a car crash.

The incidents made her so sad that she even tried to commit suicide, but as time went by, she learned to recover from the grief.

She did her schooling from Wolverhampton Municipal Grammer School and graduated in Drama from Bangor University, Wales.

She began her acting career with a theatrical performance in Ooh La La at Hull Truck Theatre in 1979.

Since then, she has worked with some of the most renowned theatres in the UK, like the Royal National Theatre, the RSC, Oxford Playhouse, the Donmar Warehouse, the Royal Exchange, and many more.

She made her TV breakthrough with Play for Today: Home Sweet Home in 1982.

By now, she has been a successful actress with a long list of works, including TV series, movies, and theatrical dramas.

Moreover, she made her guest appearances in the Doctor Who episodes “A Good Man Goes to War” and “The Wedding of River Song” in 2011. Also, she appeared as Diana Vreeland in the television film We’ll Take Manhattan.

She has an estimated net worth of around $56 million and she has earned that sum of money from her professional career.

Barber urged a vote for the Labour Party at the 2017 UK general election. However, in September 2017, she resigned from the party. She commented about the part saying party full of misogyny, antisemitism, and thuggery.

Frances has light brown hair and light brown eyes but information about her body measurement, height, weight, etc. are not available.