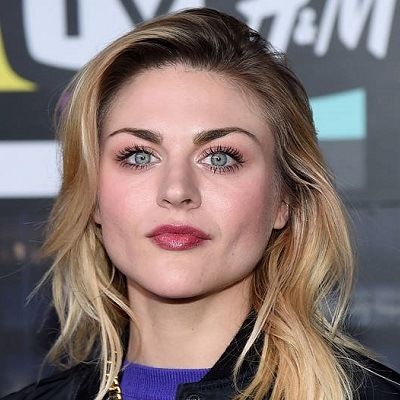 I'm a different person. I don't want to be titled as Courtney Love and Kurt Cobain's daughter. I want to be thought of as Frances Cobain.

If you're a big Nirvana fan, a big Hole fan, then I understand why you would want to get to know me, but I'm not my parents.

So I have been careful about where I go and who I hang out with because if you tell someone the wrong thing, then it's everywhere.

Frances Bean Cobain is in a relationship with Matthew Cook. She started dating Matthew Cook in March 2017. Matthew is the frontman of the band The Ceremonies.

Frances and Matthew have shared several pictures of themselves on social media sites and are often spotted together at various places.

Frances was married to Isaiah Silva in 2014. Isaiah is a musician and frontman of the band The Eeries. Frances and Isaiah dated for 5 years before secretly tying the knot on June 29, 2014, in a Los Angeles Superior Court.

Unfortunately, things started falling apart for them and by March 23, 2016, Frances filed for divorce citing irreconcilable differences. They were officially divorced on November 30, 2017.

Who is Frances Bean Cobain?

Frances Bean Cobain is an American artist. Frances is also a model. She continued her career in music by posting the videos of the cover songs.

She has one of her works displayed at the La Luz de Jesus Gallery under the pseudonym “Fiddle Tim”.

Frances Bean Cobain was born on August 18, 1992, in Los Angeles, California, the United States. She is a Leo.

Kurt Cobain is an American guitarist, famous as Nirvana frontman. He is also a singer-songwriter. Kurt shot himself on April 5, 1994.

Frances was named Bean after her father saw her ultrasound image and thought that she looked like a kidney bean. They are of all American.

Frances worked as an intern for Rolling Stone magazine. She contributed as a guest vocalist to the track “My Space” from the album ‘Evelyn Evelyn’ by Evelyn Evelyn which was released on March 30, 2010.

She served as an executive producer for the HBO movie ‘Kurt Cobain: Montage of Heck’ that documented her father’s life.

In the year 2006, Frances Bean Cobain was photographed for Elle magazine in her father’s famous brown cardigan and pajama pants as part of an article featuring children of rock stars in their parents’ clothing.

She dressed as Evita Peron while posing for Harper Bazaar photo spread in 2008. Then, she modeled for Hedi Slimane for her web photo series.

She became the face of Marc Jacobs’ Spring/Summer 2017 campaign.

Frances displayed a collection of artwork titled ‘Scumfuck’ at the La Luz de Jesus Gallery in Los Angeles under the pseudonym “Fiddle Tim” in the year 2010.

She also participated in a group show called ‘MiXTAPE’ on August 4, 2012. The contestants were asked to pick a track and create art inspired by that track. Frances chose The Jesus and Mary Chain’s “Black”.

She has sung for other artists such as Amanda Palmer’s band Evelyn Evelyn in ‘My Space’ along with 20 other artists. Also, she often shares cover song clippings on Instagram.

She was offered the role of Alice for the movie Alice in Wonderland and Bella for Twilight, but she turned down both the offers.

Her late father Kurt Cobain’s net worth is estimated to be $11.2 million and she receives $100,000 per month from her father’s estate.

Before her birth, there were rumors that her mother used heroin during pregnancy.

Frances Bean Cobain is blonde with Grayish Blue eyes. Her height is 5 feet 6 inches and weighs 58Kg. Her dress size is ‎4 (US) and shoe size is ‎8 (US).