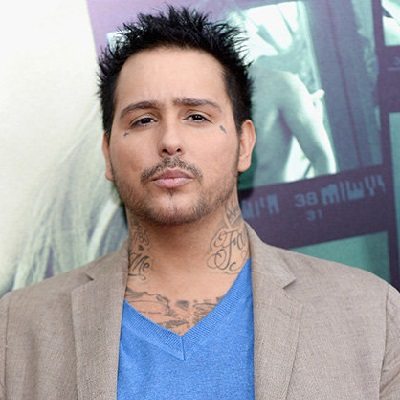 Unfortunately, I never knew my father and when I did, it was very briefly. He was incarcerated for most of my life and he was killed two years ago

he was shot. I think that even though my father wasn't there, in his death and in his memory, he has been a mentor to me in my manhood because my mom couldn't teach me how to be a man.

What is the relationship of Francis Capra?

Francis Capra is married to Nora Capra. Being a private couple, they have not shared any details for their dating and wedding.

However, Francis likes cracking jokes about their marriage. Back in 2018, he tweeted that they are dating for two thousand years.

Who is Francis Capra?

Francis Capra is a Young Artist Award-nominated actor. He is renowned as Maxwell Connor of Kazaam.

Last, in 2019, he portrayed the character of Eli ‘Weevil’ Navarro in the TV series, Veronica Mars.

Currently, his upcoming movie, Shadows is in the stage of post-production.

Francis Capra was born on the 27th of April 1983 in New York City, New York. His father, Pascascio Cordero, and mother, Ann Marie Capra are of Italian ethnicity with Dominican roots.

He spent most of his childhood without his father as he was in jail at the time. Later, in 2003, he was dead being shoot.

He has three siblings including two sisters, Chanel and Ava, and a brother, Asa. Her sister, Chanel is a screenwriter and actress while his other sister, Ava is a model. His brother, Asa is an illustrator and animator by profession.

Talking about his educational background, he joined Our Lady of the Assumption Catholic School in the Bronx.

Francis Capra stepped into the entertainment industry as a child artist. At the time, the Producers, Chazz Palminteri and Robert De Niro a child artists. Later, they cast him for the crime-comedy, A Bronx Tale as Calogero which happens to be his debut character in the industry. For that, he was also nominated for Young Artist Award too.

Later, he landed in many movies like Kazaam, A Simple Wish, and SLC Punk! as a child artist. However, most of his projects include TV series. In 1996, he made his TV debut with the series, My Guys in a minor role as Francis DeMarco.

Later, he made his appearance in numerous series including NCIS: Los Angeles, Bone, and Blue Bloods. However, his people mostly remember him of portraying the role of Eli ‘Weevil’ Navarro in Veronica Mars and Play It Again, Dick.

Next, he will make his appearance in the action-drama, Shadows as Axel.

Francis Capra has brown eyes with black hair. When the matter comes to his hair, mostly he prefers to have it clean-shaven.

He stands at a height of 5 feet 6 inches and has a decent weight.

As of now, he has managed to maintain his dignity as an actor. Till the date, he has not been involved in any sort of controversy that created a buzz in the media.

However, back in 2003, there were rumors that he was dating the actress, Agnes Bruckner. The rumors probably started as they were often spotted at social events together. However, later the rumor was found to be false and both of them never mentioned anything in public.

Francis is active on Twitter with the handle, @franciscapra since July 2009. On the account, he has around 19.6k followers and follows the personalities like Blake Rasmussen, Mica Burton, and Gavin Free.