Franco Columbu was an actor, bodybuilder, and author who was also a licensed, chiropractor.

Franco Columbu was married to Deborah. They exchanged vows in the year 1990 and were together till 2019.

Together, they had a daughter named Maria Columbu. She appeared in the movie titled Dreamland: La terra dei sogni.

Franco’s first wife was Anita Columbu. She is a Chiropractor but their wedding plus divorce details are unknown. 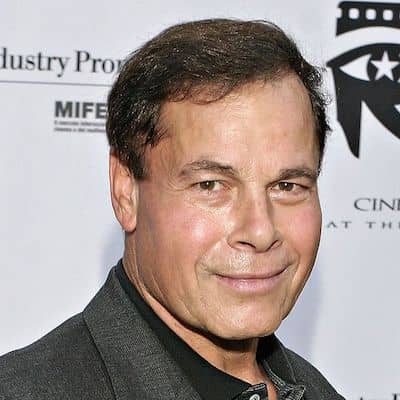 Who was Franco Columbu?

Franco Columbu was an Italian actor, bodybuilder, and author. He was also a producer and a licensed chiropractor.

He was a very close friend of a famous actor, met Arnold Schwarzenegger whom he met in 1965. Franco served as a Was best man at his and Maria Shriver’s wedding.

His name was written in the Guinness Book of World Records for blowing up a hot water bottle. He blew it for 55 seconds and it exploded

He had a heart attack when he was swimming and drowned. The incident happened in San Teodoro, Sardinia. On his demise, Arnold said Franco was his favorite training partner till now.

The funeral was held in  Ollolai on Sep 3.

He was born on 07 Aug 1941 in Ollolai, Nuoro, Sardinia, Italy. The name of his mother was Maria Grazia Sedda and his father’s name was Antonio Columbu.

They both were shepherds. Franco’s ancestry was Italian and has three sisters Anna, Gonaria, and Celestina.

Talking about his academics, he achieved a degree in 1977 from Cleveland Chiropractic College. He was skinny and was beaten by guys till the age of 11.

As an actor, he appeared in The Streets of San Francisco, Conan the Barbarian, Last Man Standing, Dreamland: La terra dei sogni, One More Round, and more.

At present (2021), it is said his net worth was around $10 million. However, his salary and other earnings are unknown.

Hw once did a hair spray ad for Vitalis Super Hold. Some of the top actor’s financial worth is,

This actor/bodybuilder was keeping himself away from rumors and desperate scandals. But his death shocked the entertainment industry.

Regarding Franco Columbu’s body features, his height is 5 ft 5 inches and his body weight was around 84 kg.

Moreover, his eyes were light brown and his natural hair color was dark brown.