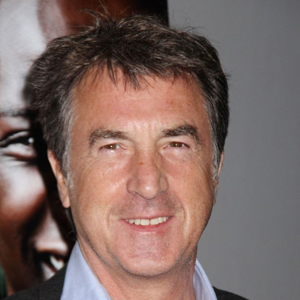 I think there's a kind of love relationship between an actor and an audience, and this is something I really feel with the audiences in France

I think that in France, we really admire American films, we admire their drive, we admire the modernity and ellipsism in the film and the writing and the style of acting, and we look at them perhaps in a way to see what we can steal from them, too, to make our own films more modern

I'm an actor who isn't fond of dialogue and who loves to act silently.

François Cluzet was previously married to Marie Trintignant but unfortunately she died due to cerebral edema at her age of 41. The couple had a son named Paul Cluzet.

After her wife’s death Cluzet remained single for many years and on July 5, 2011, he married to Narjiss A. Cluzet. The couple is very happy with their relationship. They have three children two daughters Blanche Cluzet, Marguerite Cluzet and a son Joseph Cluzet.

Who is François Cluzet?

François Cluzet is a French film and theater actor. He is famous portraying the role of a doctor in a French film Tell No One originally named Ne le dis à personne. His other most memorable movie was The Intouchables in which he played the role of Philippe. Cluzet also won a Cesar Award.

François Cluzet was born on September 21, 1955, in Paris, France. His nationality is French and ethnicity is European.

He grew up in the 7th arrondissement of Paris. His father Robert Cluzet runs a pharmaceutical company and trade newspaper whereas her mother Janine Cluzet also supported in his father’s work before their separation. Cluzet went to Cours Simon to study comedy at the age of seventeen.

Previously he studied at Collège Stanislas de Paris to complete his high school education. His love towards theater and acting came out at the age of seven after seeing Jacques Brel in L’Homme de la Mancha.

The first time, Cluzet was seen on stage in 1976, For a hundred bricks, you have nothing more. His debut in the big screen was in the movie Cocktail Molotov by Diane Kurys where he played the character of Bruno.  In 1980 he played The Horse of Pride as Pierre-Alain and in 1982 The Ghost of the Hatter as the journalist.

Both movies were directed by Claude Chabrol. He was seen as Mickey in the movie The Summer Murderer and was nominated in the category for the Best Supporting Actor in Cesar Award. His other movie credits include Long Live the Social, The Enrages, Round Midnight, States of Soul, Street of Departure, Association of Criminal and Chocolate.

In 1988 he was again nominated for Best Second Male Role for Pierre Jolivet. In 1994, the actor worked again with Claude Chabrol to play a husband tortured by jealousy in Hell. The same year he also played an international role in movie Ready to Wear which was released in the USA. In 1995 he was seen in a romantic movie French Kiss as bob. He also played the role of a doctor in the movie The Horseman on the Roof and Les Apprentis as Antoine.

In 1997, Cluzet again worked in Claude Chabrol’s crime comedy movie The Swindle as Maurice Biagini. Next year he played the movie Late August, Early September as Adrien. In 2002, Cluzet was seen as Walter Kingkate in Janis et John. In 2006 he worked in two movies Four Stars and a thriller movie directed by Guillaume Canet, Tell No One as a doctor, Alexandre Beck.

He also played in a comedy movie Game of Four as Lionel. His other movie includes Rivals, Paris, At the Beginning, One for the Road, Little White Lies. In 2011 Cluzet gave the biggest international hit, The Intouchables. The movie was directed by Eric Toledano and Olivier Nakache. Cluzet was seen as Philippe.

His other movie that year was The Art of Love and A Monster in Paris. Cluzet’s movie career also has other hit movies like Do Not Disturb (2012), 11.6 and Turning Tide (2013), One Wild Moment (2015) and Irreplaceable, directed by Thomas Lilti.

In 2017 his two movies are released La mécanique de l’ombre and L’école buissonnière as Totoche directed by Nicolas Vanier. Cluzet also achieved many awards in his career like Prix Jean Gabin award in 1984, César Award and Globes de Cristal Award for Best Actor for Tell No One in 2007 and Étoile d’Or for At the Beginning in 2010. Apart from it, he was also nominated for many awards in various categories.

François Cluzet: Salary and Net Worth

Performing in various movies and giving such hit movies led him to the total net worth of $33 million.

Recently there was a rumor that the French actor Francois Cluzet died on June 16, 2, 17 after a Facebook page attracted more than a million of his fans with the status R.I.P. Francois Cluzet. Later, Cluzet itself posted the status that he is fit and fine and whatever posted on the page was just a HOAX.