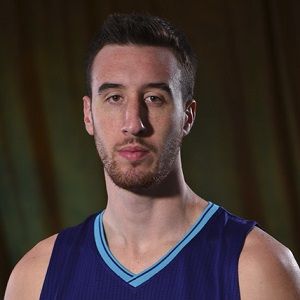 He's a great player. We knew we had to get him off the court. Just tried to do whatever we could to stop him.

Who is Frank Kaminsky?

Frank Kaminsky is an American professional basketball player. He currently plays for the Charlotte Hornets of the National Basketball Association (NBA). He previously played four years of college basketball for the Wisconsin Badgers. He led the University of Wisconsin Badgers to the Final Four in 2014 and to the NCAA Championship game in 2015.

Frank was born on April 4, 1993, in Winfield, Illinois, USA. He is an American by nationality and he is of North American ethnicity.

His birth name is Francis Stanley Kaminsky III. He is the son of American parents Frank Kaminsky(father) and Mary Kaminsky(mother). His father played basketball at Lewis University and his mother played volleyball at Northwestern University. He grew up living in Woodridge, Illinois with his family. He has two sisters and four step-siblings.

For college education, he attended Benet Academy in Lisle, Illinois. His family had a sports background and he was inspired by his parents to pursue his career as a basketball player.

He began his professional basketball career in 2015 with the Charlotte Hornets of the National Basketball Association (NBA). He was selected with the ninth overall pick by the Charlotte Hornets in the 2015 NBA draft on June 25, 2015. In June 2016, he was ruled out of the 2016 NBA Summer League after requiring a minor procedure to repair his chest wall. He made his 2016–17 season debut in the team’s third game of the season on October 29.

Frank Kaminsky: Salary and Net Worth

He has an annual salary of 2.613 million dollars. He is one of the highest earning players of the club and his net worth is estimated to be very high. Unfortunately, his net worth has not been revealed yet.

Talking about the rumors and controversy, there was a rumor before that due to his injury he will be taking rest the whole season.

Frank Kaminsky has a height of 6 feet 9 inches. His body weighs 104kg. He has dark brown hair and hazel brown eye.