Yes, He was a married man. His second wife’s name is Bunny Wilson and they had four beautiful daughters.

His 1st wife’s name is Barbara Jean Dedmon who is also a singer. His 1st wife is also no more. Among with that he also had one son from his past relationship. 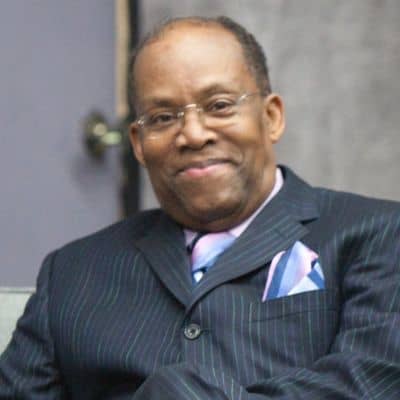 Who is Frank Wilson?

Frank Wilson was born on December 5, 1940, in Houston Taxes, California. His birth sign is Sagittarius. Moreover, his real name was Frank Edward Wilson. His parents’ names are James Wilson and Samanther Gibbs. Talking about his sibling’s name he has not disclosed it yet.

Talking about his educational background he attended Southern University in Baton Rouge but only for one year. He participated in a Civil rights protest, during that period his sophomore year he lost his scholarship. After that, he moved to Los Angeles, California for his further studies.

In 1965 Producer Hal Davis and Marc Gordan gave permission to set up an office of Motown in Los Angeles at the request of Berry Gordy for Wilson. Moreover, Wilson accepted the offer and joined the team.

In 1963 he debut his first song, Stevie, by Patrice Holloway from the west coast operation. Later on, Wilson went to Detroit to write and produce hit records for famous people and bands Brenda Holloway, Marvin Gaye, the supremes, The miracles, and The four tops.

Slowly he started earning his name and fame. After that, he was called by many singers and bands to compose their songs. After Holland-Dozier Kendricks left the company he became extremely important. He form up with many famous singers and composed music.

Later on, Wilson left Motown in 1976 and become a born-again Christian. Along with that, he became a minister, Travelling, and books writer. Additionally, he is the author of The Master Degree- Majoring in your Marriage and Unmasking the Lone Ranger.

While Frank Wilson composed approximately 250 demo songs but only 45 songs were pressed. After that Wilson decided he would rather focus on producing and he has the demo trashed which creates Rumors and controversy.

Sadly he died at the age of 71. On 27 September 2012, in Duarte, California after a long battle with Prostate Cancer. During his dead ceremony, many people came to condolence his friends and family. Truly he was a great man with a great personality.