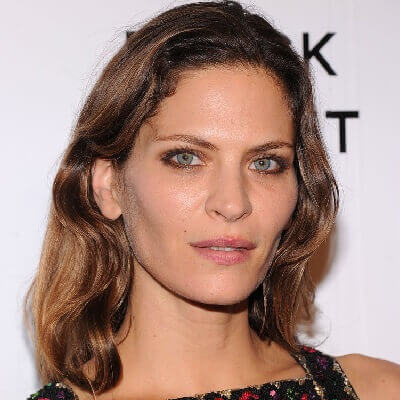 Is Frankie Rayder single after splitting with Flea?

Who has she dated in past?

Previously, she was engaged to Michael “Flea” Balzary, the bass player for the famous band, Red Hot Chilli Peppers since 2005.

The couple had their first child, a daughter, who has been named Sunny Bebop Balzary on the 26th of October, 2005. The couple separated later, however, without tying the knot even after getting engaged.

Frankie also dated Roman Coppola, the son of Francis Ford Coppola and by some accounts, was very close to marrying him. From 1999-2000, she reportedly dated Mark Ronson.

Also, she dated Romain Zago in 2006. Furthermore, there were rumors about her dating Nicholas Cage, too.

Who is Frankie Rayder?

Frankie Rayder is an American international fashion model who was one of the most popular and high demand models from the late 90s to the early 2000s.

In addition to this, she has also appeared on the cover or has been featured in several international fashion magazines such as Vogue, Glamour, Allure, Numero, and many more.

She was born as one of their three children and grew up along with two siblings, Missy and Molly Rayder.

Her actual name is Heidi Rayder and “Francesca” which later evolved to “Frankie” was just a stage name given to her to seem more exotic. Her ethnicity is English, Irish, and German.

Talking about her educational background, Frankie is a graduate of River Falls High School where she was also a part of the basketball team.

In 1992, when she was still a teenager, the famous photographer, Steven Merisel scouted her.  This piqued her interest in the modeling world and she considered making a career in modeling.

The pictures from her first session with Meisel were soon featured in the magazine Italian Glamour and after that, she officially began her modeling career with Caryn Modeling & Talent Agency in Minneapolis.

Frankie Rayder made her runway debut later in 1997 for designers such as Chanel, Dries van Noten and Christian Lacroix.

She became massively popular during this time and was booked for a lot of shows by famous designers who would even bid up to 25k dollars in hopes of getting her on their shows. Rayder was also featured in ad campaigns for Dolce & Gabbana and Versace.

By the year 2000, she was one of the top-priced models in the world. She modeled for Victoria’s Secret as well during this time and gained even more fame for modeling in their swimsuit issues.

She was also the face of Chanel in 2003 and has appeared on the covers and featured in a lot of popular international fashion magazines.

In the early 200s, GQ named her the sexiest woman in the world by GQ in the early 2000s. For the February 2009 Vogue Espana, Rayder performed Covergirl and also featured as one of fourteen alternative covers for the September 2008 V magazine

Frankie Rayder stands at a height of 5 feet 10 inches and weighs around 54 kg.

Her body measurements are 34-25-35 inches and she has brown hair along with beautiful blue eyes.

Although there is no exact information about net worth, according to some notable online sites, Frankie’s net worth falls in the range of $1-5 million.

Similarly, there is no information on her annual salary but we do know that she made up to $25k dollars per show at the height of her career in the early 2000s.

The model has not been involved in any controversies. She has been able to keep herself away from any type of controversy and scandal.

So far, she has not done anything controversial in her career. She has kept her profile clean and has simply focused on her career and personal life.

Frankie Rayder keeps her personal life very private and as such, she isn’t active on any social media platforms. She is not active on social media sites but there are several fan pages dedicated to her.

You may also like to read the Bio, Career, Net Worth, Body Measurements, Relationships, Social Media, and more about Melissa Meeks, Gigi Hadid, Mark Ronson, and more.

Flea, 60, and wife Melody Ehsani welcomed their first child together