Football player Fred Biletnikoff is married and a father of five.

Fred Biletnikoff is married to Angela Loder. The wedding took place in 1991. Together, they have a daughter, Dacia.

Before this, he was married to Jennifer Lysengen on the 22nd of August 1974. Together, they have two daughters; Tracey and Natasha.

Jennifer’s daughter was murder by her boyfriend, Mohammed Haroon Ali in February 1999. She was strangled to death. In 2012, he was convicted for the first-degree murder charge and sentenced to jail for 55 years.

Previously, he was married to Jerrylyn O’Connor. They married on the 7th of January 1965. Together, they have two children including a son, Fred Jr., and a daughter, Tanya. They divorced in 1971. 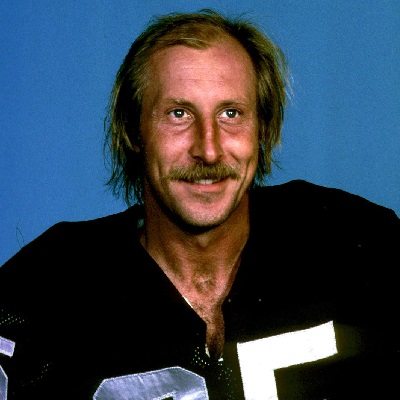 Who is Fred Biletnikoff?

Fred Biletnikoff is a Pro Football Hall of Fame inducted former football player and coach. He is renowned for his offensive playing style as a wide receiver.

He is also the founder of Tracey’s Place of Hope which provides shelter for domestic violence victims.

Fred Biletnikoff was born on the 23rd of February 1943 in Erie, Pennsylvania to Ephriam Biletnikoff (father) and Natalie Biletnikoff-Karuba (mother).

He is of Russian ethnicity. His parental and maternal grandparents moved from Russia to the United States.

He had a younger brother, Late. Bod Biletnikoff. Bod passed away at his home in DeFuniak Springs at the age of 74.

Talking about their educational background, he completed his High School education at the Technical Memorial High School in his hometown. Currently, the High School is named Central Tech.

During his High School days, he at one of the best that the high school had. He was a champion in the high jump. Also, he was excellent at sports including basketball, baseball, and track.

After graduating from High School, he joined Florida State University for his further education.

Fred Biletnikoff’s Journey as a Sportsman

At the initial phase of his college career, his journey was quite slow. Due to foot injuries, he missed several games. However, he made his comeback during his junior year. At the time, he was famous for his games as playing offensive and defensive. The year, he completed an inception 99 yards for a touchdown.

Moving forwards, he played his senior year with 1,179 receiving yards and 15 touchdowns. Also, he set records for the school with 13 receptions for 194 yards and four touchdowns.

Professionally, he started playing football for the team, Oakland Raiders after being selected at the 1965 AFL draft. He started his rookie career as a member of the special team. The year, he played as a defender for 17 games.

Later, he played offensive against the Boston Patriots. In the game, he received caught 7 passes for 118 yards. He completed the season with 40 passes for 876 yards, five touchdowns, and an average of 21.9 yards per reception.

After that, he also played in the 1967- AFL ALL-Star Game for the team. At the game, he had two receptions for 19 yards. Also, he played at Super Bowl II against Green Bay Packers. In the game, he caught two passes for 10 yards.

Moving forwards, in the following year, he set his career-high record with 12 receiving touchdowns. In 1970, AFL merged with NFL. After that, he played the first five seasons in NFL. Also, he was invited to play four Pro-Bowls.

In 1979, he was released by Raiders after playing 4 seasons. In 1980, he played for The Montreal Alouettes in the Canadian Football Leagues for a year. After that, he took retirement as a football player.

Fred restarted his career as a football coach after taking retirement as a player. In 1982, he worked for the Orange Glen High School as a coaching staff. Later, he guided the football team of the college including Palomar College, Oakland Invaders, and Calgary Stampeders.

In 2000, he founded Tracey’s Place of Hope in Loomis. It happens to be the shelter for female victims of domestic violence and abuse between 14 to 18. The foundation is inspired by the event that took place in her daughter’s life. Her daughter, Tracey was found strangled to death by her boyfriend, Mohammed Haroon Ali.

As of now, he has managed to maintain his dignity as a sportsperson. To date, he has not been through any sort of controversy that created a buzz in the media.

Also, there are no rumors related to him.

Fred Biletnikoff has brown eyes with Auburn hair. His height is 6 feet 1 inch and weighs around 86 kg.

You may also read the bio of Ben Foster, Stacy Sanches, and Khadijah Haqq McCray.