Fred and Paige are blessed with three children, two sons, and a daughter. Their names are Freddy, Layla, and Jaden. 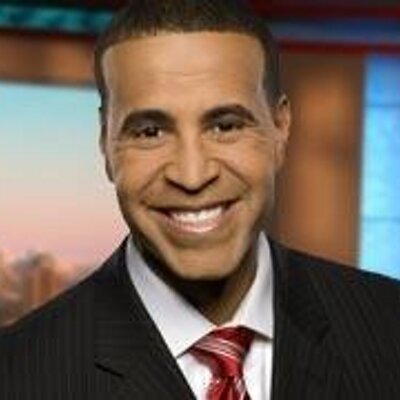 There was a big portion of my life that, when it came to family and growth, where I didn’t have the chance to have my dad be the sounding board.

Who is Fred Blankenship?

Fred Blankenship is an Award-winning American reporter and anchor. He has covered the stories on drug prevention, community outreach, and problems of gangs.

Likewise, he also covered the Democratic National Convention in Boston.

He was born on September 12, 1974, in Los Angeles, the USA to father Fred Douglas Blankenship Jr. of All-American ethnicity. His father died at the age of 28.

After the demise of his father, Fred took all the responsibility of his family that included his mother, a teacher, and his big sister.

Initially, he worked at KAKE TV in Wichita, Kansas where he used to chase storms on a regular basis developing expertise at covering severe weather.

While working there, he won awards for stories on drug prevention and community outreach.

Fred worked for six years at San Diego’s KGTV as a reporter and weekend anchor.

Fred Blankenship is currently associated with WSB-TV as an anchor since 2007. There, he anchors Channel 2 Action News at Noon as well as from 4:30 a.m. to 7 a.m.

He generally focuses on the growing problem of gangs. In 2004, he covered the Democratic National Convention in Boston.

Moreover, he reported on the state’s largest fires.

Fred has black hair and black eyes. His height is 6 ft. 2 inches and has average body mass.

You may also like to read about Joe O’Brien, Anne Thompson, Kimberley Strassel.