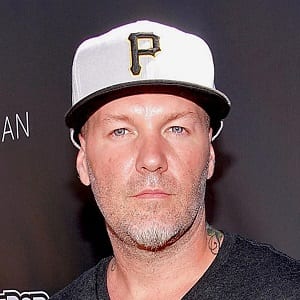 Being in the navy was like being in prison. I made the biggest mistake of my life.

Sometimes I just wish I was born a woman, that way it would be okay to feel about men the way I do now!

It's good to be a rock star, dude. You get into restaurants dressed like crap when you're supposed to have a suit on.

Fred Durst has been married a total of three times. From 1990 to 1993, he was married to Rachel Tergeson. The pair have a daughter together named Adriana May Durst. Fred’s second marriage was with Esther Nazaroy. The couple had a short-lived marriage.

Who is Fred Durst?

Fred Durst is an American musician and film director. People mostly know him as the vocalist of the American rap rock band ‘Limp Bizkit.’ Additionally, previously, he played in a number of local bands in Jacksonville, Florida.

Durst was born in Gastonia, North Carolina as William Frederick Durst on August 20, 1970. He was born to parents Robert and Anita Durst. Throughout his childhood years, he grew up in Jacksonville, Florida. As a child, he developed interests in breakdancing, hip hop, punk rock, and heavy metal. Fred is of American nationality. Furthermore, there are no details available about his ethnic background at present. His mother works at a church and his father is a retired police officer.

Durst initially worked as a landscaper and a tattoo artist. Later, in 1994, he jammed together with Malachi Sage bassist Sam Rivers, and Rivers’ cousin John Otto and wrote three songs. Additionally, their band ‘Limp Bizkit’ developed a cult following in the underground music scene. In addition, the band signed with Flip Records in 1997. The band later released their debut album, ‘Three Dollar Bill, Y’all.’ Since then, the band has released several other singles and albums.

‘Limp Bizkit’ has released albums including ‘Significant Other’, ‘Chocolate Starfish and the Hot Dog Flavored Water’, ‘New Old Songs’, ‘Results May Vary’, and ‘Gold Cobra’ among others. Apart from his career in music, Durst has also appeared in several movies and television series like ‘House’, ‘Sorry, Haters’, ‘Revelations’, ‘Be Cool’, ‘Pauly Shore Is Dead’, and ‘Zoolander’ among others. Furthermore, he also has 24 credits as a director and 3 credits as a producer.

Durst won the Jury Award in Tribeca Film Festival in 2007 for his performance in ‘The Education of Charlie Banks.’ Additionally, he has also garnered the MTV TRL Award nomination. Furthermore, Durst has also received three Grammy Award nominations.

Durst has not revealed his current salary. However, he has an estimated net worth of around $ 20 million at present.

Durst has been part of several controversies in his career. His performance in MTV Video Music Awards in 2000 received negative responses. Additionally, he was heckled by fans while attending the concert on the Summer Sanitarium Tour. Furthermore, he became part of controversies after his sex tape was released on the Internet in February 2005. In addition, at present, there are no rumors concerning Fred’s life and career.

Talking about his body measurement, Durst has a height of 1.72 m. Additionally, he weighs around 82 kg. In addition, his hair color is light brown and his eye color is blue.

Also know more about the early life, career, net worth, relationships, and controversies of other singers like Joy Villa, Tom Parker, Pee Wee, Stevie B, and Don Most.

Britney Spears posts video of her backflips on her Instagram and her fans are thrilled!