Fred Norris is a radio personality who is with ‘The Howard Stern Show’.

Fred Norris is a married man. His wife is Allison Furman. They met on the “Dial-A-Date” segment of Stern’s show. The pair later married on 10 July 1994.

They have a daughter from this marriage, Tess Danielle, who was born November 6, 2002. Norris’s marriage is going strong as there is no news regarding any extramarital affairs at present. 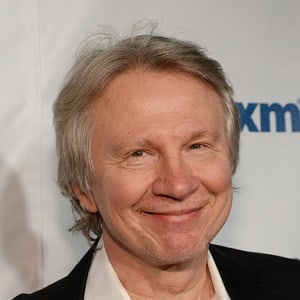 Who is Fred Norris?

Fred Norris was born as Fred Leo Nukus in Willimantic, Connecticut on July 9, 1955. He was born to parents Valija and Henry Nukis (father). Throughout his childhood years, he grew up in Manchester, Connecticut.

His mother married his stepfather, Lewis Norris when Fred was 13 years old. He is of American nationality. Furthermore, there are no details available about his ethnicity at present.

Fred met Howard Stern while he was working the overnight shifts at WCCC as a college student. After several years, he took the job at WAQY-FM in Springfield after leaving the station in early 1981.

Eventually, he became the producer on Stern’s show in October 1981. Additionally, he moved to New York with Stern in September 1982. Since then, he has been one of the most important members of the show.

Norris has not revealed his current salary. However, he has an estimated net worth of around $16 million at present.

Although Norris himself has not been involved in any notable controversies to date, the ‘Howard Stern Show’ has been part of some controversies due to its contents over the years.

Talking about his body measurement, Norris has a height of 6 feet 2½ inches (1.89 m). Additionally, he weighs around 80 kg. Furthermore, his hair color is light brown and his eye color is blue.