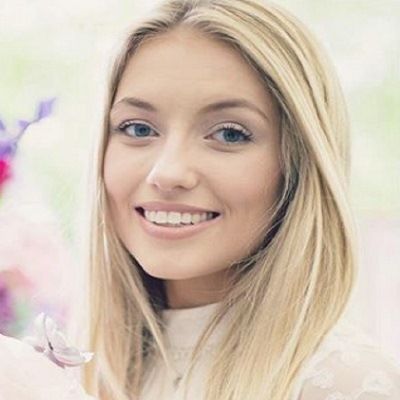 Freddy Cousin-Brown is in a relationship with the artist and musician Jordan Clark. She loves reading as well, and one of her recent favorites is the novel ‘Gone Girl’.

Freddy is a London-born model, dancer and beauty and lifestyle vlogger. She is most famous for her YouTube channel ‘Freddy My Love’ where she posts a video every week and has earned over 700,000 subscribers with over 44 million views. Her posts are mostly concentrated on her personal style and fashion and her favorite beauty products.

Freddy Cousin-Brown was born in London, England on September 16, 1994. Her father’s name and mother’s name is unknown.

She has a sibling namely, Coco Cousin-Brown. Freddy holds British citizenship, but her ethnicity is unknown. Her birth sign is  Virgo.

Talking about her profession, Freddy-Cousin Brown Brown wanted to be an actress since her childhood. She got in the prestigious Sylvia Young Theatre School in London where her academics were integrated with vocational training. She managed to act in a few advertisements, perform at different events, sing on the radio and was an extra in a Harry Potter movie.

However, she cites her height as the reason she couldn’t find a major role. Brown was very tall for her age and was contacted more often by modeling agencies, but she wanted to pursue acting. Her luck as an actor didn’t materialize and she started modeling when she graduated from school at the age of sixteen. She worked part-time at Hollister Co. and became a model.

Her signature look for videos includes pastel and neutral colors with upbeat music. Her shopping haul videos are the most popular as she describes how even high-end brands cater to a wide audience. With such a huge fan following, she hopes that she can become an actress through her social media influence.

Her channel ‘Freddy My Love’ has over 720,000 subscribers and she posts a video every Monday. Apart from regularly posting about hauls, outfits, and makeup, she includes videos of her travels, collaborations with her little sister, and covers of various popular songs. She has recently started a blog so that she can work on more diverse content. She hopes that her distinctive personal style would soon result in a clothing and makeup line that would echo her style and passion.

Talking about her salary and net worth, there is no information about her net worth and other incomes.

Talking about her controversies and scandal like many other YouTube vloggers, Brown too was the subject of troll attacks and spiteful comments. Some insinuated that she paid people to subscribe to her channel and follow her elsewhere, while others have called her the mean Regina from ‘Mean Girls’. These comments grew in number as her popularity increased; however, she retaliated stating that she is not a ‘punchbag’ and will not encourage such negative comments on her channel.

Freddy Cousin-Brown’s hair color is blonde and her eyes color is dark brown. But, her height, weight, and shoe size are unknown.