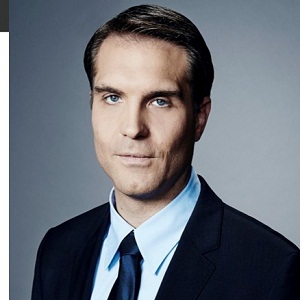 There have been no instances of mentions about Frederik Pleitgen’s personal relationship info. This includes his relationship past and history, current status, etc.

Similar is about his marital status. His personal relationship info matters are a well-kept secret to date.

Who is Frederik Pleitgen?

Frederik Pleitgen is a journalist, hailing all the way from the European nation of Germany. At the present timeline, he works as a Senior Correspondent for one of the popular American news channels, CNN International.

Pleitgen was born Frederik Pleitgen in the year of 1976 in Cologne, North Rhine-Westphalia, Germany. His nationality is German and his ethnicity is European.

His mother’s name is Gerda Lichtenberg and his father’s name is Fritz Pleitgen. He is the son of a German journalist and the former director of West German Broadcasting Corporation.

There is no information on his siblings, early childhood days, teenage days, place of upbringing, etc. are almost completely unknown to the mainstream media to date.

He studied North American Studies at the University of Bonn and at Free University Berlin. Pleitgen also spent one year studying at the School of Journalism at New York University in New York, the United States of America.

Frederik Pleitgen began his professional career in journalism in his home country of Germany. He worked for various German television broadcasters such as ZDF and RTL as well as the German news channel n-tv before joining CNN in 2006. He covered from Paris, the aftermath of the controversial case of the Charlie Hebdo shooting.

Apart from that, he has also hosted and appeared in various TV series and shows. This includes CNN Breaking News: Revolution in Egypt – President Mubarak Steps Down a TV Special, CNN Newsroom, At This Hour, etc. as a correspondent.

He also hosted some shows and appeared in many like Erin Burnett OutFront, RTL Nachtjournal, Anderson Cooper 360°, etc. His other works include Legal View with Ashleigh Banfield a TV Series, Fareed Zakaria GPS a TV Series as well.

Pleitgen has also appeared in the 2012 movie Schutzengel as a TV reporter for CNN and the movie The Martian as a CNN Reporter.

The exact salary figure of Pleitgen is not known to the mainstream media yet. Similar is the case on the info regarding his estimated net worth value as well.

However, his main source of income is through the various TV programs he works with.

There have been no known instances of him being dragged into any kind of any type of rumors or controversy to date. He has thus far managed to keep his public image clean. It may be in part, due to the fact that his personal life is somewhat a very well kept secret.

Frederik Pleitgen has light brown hair color and his eye color is blue. His height is 5ft. 8 inches and his weight is unknown.