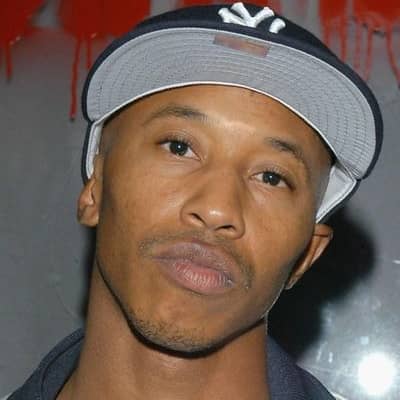 Who is the wife of Fredro Star?

Fredro Starr is happily married to his wife, Korina Longin. They got married in 2007 and are parents to six children. There is no info about their separation.

Who is Fredro Starr?

Fredro Starr is a popular American record producer, hardcore rapper, author, and actor. He is well known to be a member of the American hardcore hip-hop rap group, Onyx.

He has also worked in more than 55 movies and television shows including, Strapped, Light It Up, Ride, Torque, New York Undercover, Blade, Ultimate MC, and so on.

Fredro Starr was born in Kings County Hospital Center in New York City, U.S. on April 18, 1971. Starr is 50 years old as of 2022 and he holds an American nationality. His ethnicity is African-American and according to the astrologers, Aries is his birth zodiac sign.

He has a  brother named, David Scruggs with whom he shifted to South Jamaica, Queens while he was 13 years old. He went to John Adams High School from 1984-to 1988. There is no other information about his parents and siblings.

He worked at ‘Nu Tribe Barbershop’ on Jamaica Avenue located in Queens. After graduation, Fredro Starr formed the rap group with the name, Onyx, and schoolmates Sauve and Big DS.

On Jule 13, 1991, they met Jam Master Jay during a traffic jam. Then, Fredro recorded ‘Sti N’ Muve’ and ‘Exercise’ along with Sticky Fingaz. Onyx released their foremost album, ‘Bacdafucup’ in 1993 which was successful and become multi-platinum.

Fredro Starr signed with Koch Records after which they released a mixtape, ‘Firestar’ in 2000. He served for the soundtrack of ‘Save the Last Dance’ for the film ‘Shining Through.’ He began the campaign ‘100 Mad’ and released an album.

Similarly, he introduced his own label, ‘Mad Money Movement’. Label firstly released the album, ‘Made In The Streets’ after collaboration with Audible Doctor, a producer. Similarly, he went on to release, Onyx’WAKEDAFUCUP’ in 2014, Onyx’Against All Authorities’ in 2015, Onyx’WAKEDAFUCUP Reloaded’ in 2017, Onyx’Black Rock in 2018, and so on.

He released his foremost solo project, a mixtape titled, ‘Live 4Ever, Die 2Day’ on May 13, 2013. He won the rap battle against Keith Murray held at the Milk River restaurant in Brooklyn on October 4, 2015. He released a video with the title, ‘Fuck Corona’ in 2020 looking after the situation due to coronavirus in the United States. On April 17, he released his solo ‘Coron Freestyle.’

Besides his music career, he decided to pursue acting. So, he prepared for the B-Boys in 1992 but it was canceled. He booked his role in the movie, Strapped as Bamboo by Forest Whitaker which got him in the nomination of CableACE Award in the category of ‘Best Supporting Actor.’ He appeared in the drama series, Clockers and The Addiction and the movie, Sunset Park, Save the Last Dance, Light It Up, and Ride.

Likewise, he worked on the series, Moesha, The Wire, and co-presented Dance 360 which aired on Paramount Domestic Television along with Kel Mitchell, an actor. The show ran for one season in 2004. He appeared as a guest on NYPD Blue, Blade: The Series, Promised Land, New York Undercover, and Law and Order. He portrayed the role of CSI: Miami as Ricky Gannon.

As per the sources, the net worth of Fredro Starr is estimated to be about 2 Million USD. However, Starr’s salary and income are under review.

Fredro Starr has not been part of any rumors and controversies up to date.

Fredro Starr is 5 feet 5 inches tall and weighs around 65 kg. He has dark-brown eyes and hair of the same color as well.

Likewise, he has a self-titled Youtube Channel which is enriched with over 11 K subscribers.