Updated On October 12, 2022 | Published By: Brandy Stratton | In Health
Share this 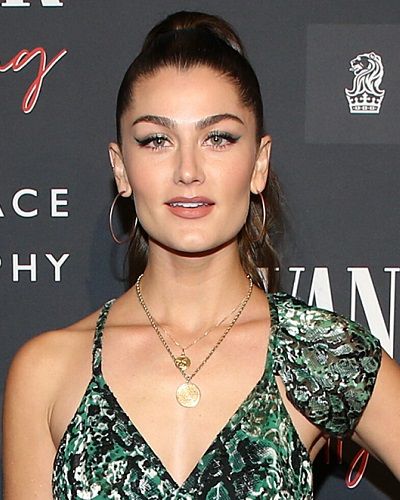 Even though she has not updated about her health but her well-wishers are concerned whether she is doing well or not.

Also read Kentucky party held by young adults despite the ban due to coronavirus pandemic! One tests positive for the virus!

Rachel shared a series of Instagram stories about her being tested positive for Coronavirus on 16th March 2020. She wrote,

“Hey guys, I tested positive for COVID-19 and have been in quarantine the last week. Unsure of what the next step is (been getting mixed info so will keep you posted) but obviously will remain in quarantine until told to do otherwise. I’m feeling better but I will be posting some info that I hope will be helpful to some.”

Likewise, she asked people to feel free to ask questions to her. She was ready to help people out with coronavirus concerns. On 17th March she replied to people’s concerned. She said,

“There isn’t much to do other than rest, drink lots of water, take vitamins,”

Likewise, she asked people not to be scared for her instead she told everyone that she was going to be okay.

Rachel Matthews was born to actress Leslie Landon and her husband Brian Matthews. Her mother Leslie is an American former actress. She playing the role of Etta Plum on the Little House on the Prairie TV series.

Not only that, her aunt Jennifer Landon is an American actress, known for her role as Gwen Norbeck Munson in the CBS soap opera As the World Turns. Jennifer won three consecutive Daytime Emmy Award for Outstanding Younger Actress in a Drama Series for her work.

She also had an uncle Mark Landon who was adopted and expired on 11th May 2009. He was an American actor like his father Michael Landon. Most of her family members belong to the Hollywood industry which might have influenced Rachel.

Also read Liz Ausmus, The Wife Of Brad Ausmus; Get To Know About Her Married Life, Children, And Family!

Norman Reedus and Diane Kruger seen shopping in this Covid-19 outbreak! Get insight on their relationship
Tags : Actress Frozen II