Posted by MarriedBiography Posted on June 9, 2019 | In Interesting Facts , Lifestyle , Wellness
Share this

Tattoos are a big craze today especially amongst the young. But the oldies are not spared and one can see many of them sporting huge tattoos on their body too. Tattoos have a fascinating history of their own. Let us look into the journey of tattoos from healing to art!

The origin of tattoos

This body artwork was earlier used mainly by sailors and was considered an out-of-pocket thing and an act of rebellion. It was not accepted. Later on, as time went by things changed and it rose in popularity in the 1970s. It was the entertainment and celebrity world which first embraced it. And now it is widely accepted as fashion and a form of art.

Other fun facts related to tattoos

The oldest known tattooed human skin belonged to Ötzi the Iceman and it dates back to 3370 and 3100 BC. The body found in the Alps had 61 tattoos in the form of dots and lines made of carbon ink.

Samuel O’Reilly invented the first electric tattoo machine in 1891. This tattoo gun can puncture the skin 50 and 3,000 times per minute. It penetrates the skin up to the dermis, level.

There are Guinness World Records held related to tattoos. Do you know who is the world’s most tattooed person? It is a male and his name is Gregory Paul McLaren. His body is 99.9% tattooed. He has tattoos inside his eyelids, ears, and mouth.

Do you know there was once upon a time laws related to tattooing? It was illegal to get tattoos in South Carolina before 2004. Also, it was in 2006 that Oklahoma legalized tattooing. Even now,  it is illegal to get a tattoo in Iran, Turkey, and the United Arab Emirates.

Tommy Lee was the first person to be tattooed mid-air in a plane in 2007.

The tattoo-friendly States are Montana, Colorado, and California.

Other interesting facts of tattoos

Some people get paid for tattooing their body. It is a form of advertisement. Kimberly Smith was the first person who got a tattoo on her body for advertisement. She got GoldenPalace.com tattooed on her forehead in 2005 since she needed money to pay for her son’s tuition.

Tattoo regrets are common (23%) and usually are about names tattooed onto the body.

When this body artwork is removed by a laser, black color is easily removed because it absorbs more laser waves compared to the other colors. But the colors most hard to remove are green and yellow.

Tattoos on the inner side of lip heal faster within 3 days due to rapid cell regeneration. Furthermore, they also disappear early within 1-5 years for the same reasons.
Aspiring tattoo artists use fruits to practice. The common ones used are grapefruit, lemons, and oranges.

Men prefer arms while women prefer ankles to be tattooed.

Also, Most tattoo shops are in Miami and the least in Kansas.

New Zealand people are the most tattooed because they get the traditional Polynesian tattoos which are highly popular there. 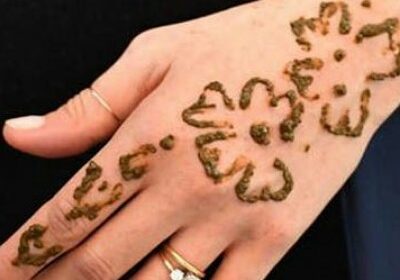