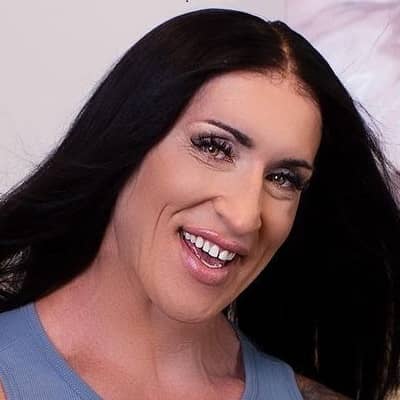 What is the relationship of Gabbi Tuft?

On February 4, 2021, Gabbi Tuft has come out as transgender via press release. Though he comes out as a transwoman he is already married to a woman named Priscilla Tuft. She is a bodybuilder who works as a fitness model, actress, and WNSO Professional Fitness Competitor.

The duo tied the knot in the year 2002. Together, they have a daughter named Mia Tuft, born in November 2011. Her wife and daughter are also very supportive. Similarly, he received praise from his fans for his courage.

Who is Gabbi Tuft?

Gabbi Tuft is an American retired professional wrestler. Currently, she works in marketing and has owned a fitness website, Spartan fitness.

She hasn’t yet revealed her parent’s and family members’ details in the media. Talking about her academic background, she studied at the Santa Rosa Junior College in Santa Rosa, California from 1996 to 1999.

Later, she transferred to California Polytechnic University in San Luis Obispo and received a degree in civil engineering with a major in hydrology and structural engineering.

Gabbi made her professional debut in wrestling in February 2007 for Ultimate Pro Wrestling. He was trained by former wrestler Mike Bell. In January 2008, Tuft was signed to a development contract with World Wrestling Entertainment. Later, he has assigned to the Florida Championship Wrestling territory as Tyler Reks. Similarly, she made her FCW debut in the tag team championship alongside Johhny Curtis against Eric Perez and Eddie Colon on February 5, 2008.

She made her first victory at the FCW Florida Tag Team Title tournament alongside Rycklon against Ted DiBiase, Jr. and Afa, Jr. On June 11, 2009, Tuft won FCW Florida Heavyweight Title No. 1 Contendership match by defeating Drew Mclntyre. She made her in-ring debut on July 2, 2009, in an episode of WWE Superstars. He was drafted to the Raw brand as part of the 2011 Supplemental Draft on April 26, 2011.

Before her retirement from wrestling, he retired to the independent circuit with Curt Hawkins in 2014. In September, the pair defeated Kevin Matthews and Lance Hoyt. Tuft used the Burning Hammer as her finishing move throughout her wrestling career.

Gabbi himself hasn’t yet disclosed her actual net worth, salary, and other earnings in the media. Nevertheless, he might have accumulated an impressive amount of wealth throughout her successful career.

Tuft has a towering height of 6 feet 2 inches tall and his weight is about 95 kg. Likewise, he has brown pair of eyes and brown hair color.

The actress has verified social media sites including Instagram and Twitter where she has more than 73.9k followers and 112.8k followers respectively. Likewise, she has over 1k followers on Facebook.