Gabby Brooks is currently dating Liam Hemsworth, who is a well-known Australian actor. Rumors about their dating were spread after she was pictured being introduced to his parents Craig and Leonie in Byron Bay on December 13, 2019.

It was confirmed that they were dating after being caught on camera kissing on the beach in Australia in January 2020.

Gabby dated The 1975 rocker, Matty Healy, for almost four years. The couple also said to be dating since 2015. Thay also has a public appearance at the 2017 Brit Awards together.

But after a couple of years of living together, the duo separated in 2019. 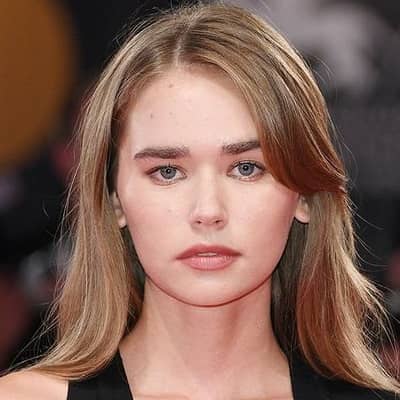 Who is Gabby Brooks?

Gabby Brooks is an Australian model and social media personality. She gained popularity after she was signed by Next Models Management in a campaign.

Gabby was born on August 26, 1998, in Sydney, Australia. Her birth name is Gabriella Brooks.

There are no details regarding her parents. She also has a younger brother named, Landon Brooks. Her brother, Landon is an actor.

She was first represented by Viviens Model Management at the age of 14. Talking about her nationality its American, and she belongs to Mixed (English, Gaelic and Scottish) ethnicity.

Talking about her education, she has attended a BA in Ancient History and Archaeology at Sydney University.

Gabby Brooks started modeling from her young age. In an interview, she says that she was firstly represented by Viviens Model Management when she was just 14 years old.

She is now represented by Storm Models, Elite Model, and Priscilla Models. Gabby and fellow model Lucky Blue Smith has been represented by Next Models Management.

Furthermore, she has also starred in various campaigns for brands including Solid and Striped Topshop, and Calvin Klein.

Likewise, Gabby has also appeared in a movie called Remarkable. Brooks came into limelight after her relationship with his recent boyfriend Liam Hemsworth. He is a popular Australian actor.

The salary of Brooks is under review. Meanwhile, according to some sources, her net worth is around $1 million as per 2022’s data.

The model also earns from the brand’s endorsement and its promotions. Similarly, her boyfriend’s Liam Hemsworth’s net worth is around $26 million.

Rumors were spread about Gabby and Liam dating each other after Gabby met Liam’s parents at Christmas dinner. And later they confirm the rumors about the relationship.

And so apart of it, she hasn’t been in any controversy until now.

Gabby is an Instagram personality and has over 205K followers on her gabriella_brooks Instagram account. Her posts comprise of her modeling shots, works, and travel photos.

You may also read the bio of Pamela Horton, Shelley Hennig, Hannah Quinlivan, and Empress Schuck.