Gabriel Brown is married to his girlfriend, Raquell Rose. The couple first met in 2018 via his sister, Rain Brown. Later, the couple started dating each other on Valentine’s day of 2018.

After dating for a year, he discovered that she is one. They married on 14th January 2019 legally in various intimate ceremony. After 5 months, they got married again in a grand way attended by their family and friends.

As of now, he is leading a happy married life with each other. 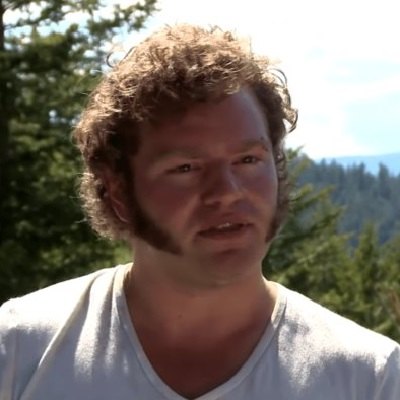 Who is Gabriel Brown?

Gabriel Brown is a reality TV star. He is famous for the scripted docu-drama reality TV series, Alaskan Bush People.

Gabriel Brown was born on 15th December 1989 in Alaska, United States. His birth name is Gabriel Starbuck Brown. He is of Mixed (Irish, British, Scottish) ethnicity.

He happens to be the fourth child of his parents; Billy Bryan Brown and Mari Larene Branson Brown. He has six siblings including four brothers; Matthew, Joshua, Solomon, and Noah and two sisters; Amora and Rainy.

When he was just three months, his family started traveling on their boat being detached from the modern family.

To survive along with nature, he developed his survival skills that include tracking, hunting, and fishing. Details on his academics are not available.

Gabriel Brown first came in the limelight with the Discovery’s reality TV series, Alaskan Bush People. The series has based the life of the Brown family who is attempting to survive in the natural state. Also, the family is leading a life being detached from modern society.

The series was first premiered on 6th May 2014 with the episode, Raised Wild. Being a totally new concept in the TV series, it gripped the attention of a huge number of audiences.

The series portrayed him as a passionate artist who is great at the animal artwork and painter. He made his appearance in 76 episodes of the series till 2018. As of now, the series is completing its 12th season. The season will end on 4th October 2020, with its finale episode, The Land Giveths and Takeths.

He has blue eyes with brunette hair. He has a decent height and an average weight. Details on his body measurements are not available.

To date, he has been part of any sort of controversy and scandals that created a buzz in the media. However, the statement is not true for his elder brother, Matt.

The reality TV star who was struggling with addiction was accused of raping 2 women. The women came forward and identified themselves. Both women reported the crime to the Los Angeles Police Department’s Topanga Division. Later, the case got transferred to the Los Angeles County District Attorney’s Office.

In August 2020, his elder brother, Bear posted that they lost their family home during the 2020 Washington Wildfires.

You may also read the bio of Sidney Starr, Paddy McGuinness, and Monique Samuels.