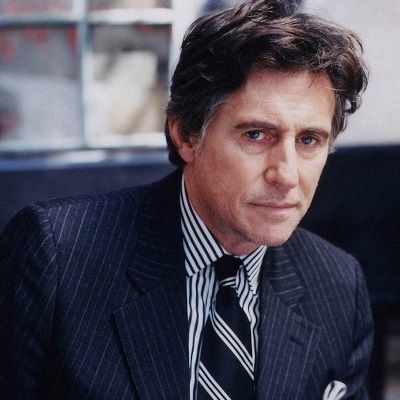 I would like to break out of this "dark, brooding" image, cause I'm actually not like that at all. In Ireland, brooding is a term we use for hens. A brooding hen is supposed to lay eggs. Everytime somebody says "He's dark and brooding" I think: "He's about to lay an egg".

The truth is that actors don't really have any control over the end product. To think that you have control is a delusion and it's also incredibly frustrating to be investing that much hope into something that essentially boils down to marketing. So you try to do movies that you feel connected with and you work with directors and actors you admire.

Sometimes, the vanity of actors is that we imagine we're so completely different on screen from who we are in real life. When really, all actors play themselves.

Gabriel Byrne was in a 12-year relationship with television producer and presenter Aine O’Connor from 1974-1986.

Similarly, he began in relation to actress Ellen. In the year 18th September 1988, he married Ellen Barkin. They had two children, John Daniel, and Romy Marion.

But they divorced in the year 26th May 1999. At present, he is married to Hannah Beth King. They exchanged vows on 4th August 2014.

They have a baby girl who was born in February 2017.

Who is Gabriel Byrne?

Likewise, he won a Golden Globe Award and was nominated for two Emmy Awards and two Satellite Awards.

He was born on 12th May 1950 in Dublin, Ireland. He is the son of Dan Byrne(father) and Eileen Gannon(mother).

Similarly, he was the eldest among six children and raised by Roman Catholic parents. His father was a cooper and soldier, and his mother was a hospital nurse.

Besides, his nationality is Irish and his ethnicity is also Irish.

Talking about his education, he attended University College Dublin, where he studied archaeology and linguistics, becoming proficient in Irish.

Gabriel Byrne began his acting career in the Focus Theatre before he joined London’s Royal Court Theatre in the year 1979. His screen debut came in the Irish drama serial The Riordans and the spin-off show Bracken. Similarly, he has starred in over 70 films for some of the cinema’s best-known directors.

Furthermore, he has also produced several films, including the Academy Award-nominated In the Name of the Father(1993). In the year 2018, he was awarded the Irish Film and Television Academy Lifetime Achievement Award for his contribution to Irish cinema.

Moreover, he performed a song titled My Way in a movie made Dog Time in the year 1996 where he had the role of Ben London.

Likewise, he won the Dingle Film Festival for Gregory Peck Excellence in the Art of Film Award, Golden Globe Awards for Golden Globe Award for Best Performance by an Actor in a Television Series – Drama, and many others.

He has an estimated net worth of $16 million. He might earn a huge amount of money. However, his salary and incomes are not disclosed.

Similarly, he purchased a condo in Manhattan’s Nolita neighborhood for $3,360,225 for the unit which has two bedrooms, two bathrooms, and 1,688 square feet.

Talking about Gabriel Byrne’s body measurements, he has a height of 5 feet 10 inches and he weighs around 72 kg. He has salt and pepper color hair and blue eyes color.

You may also like to read Chris Santos (Actor), Max Irons, and Richard Dormer.