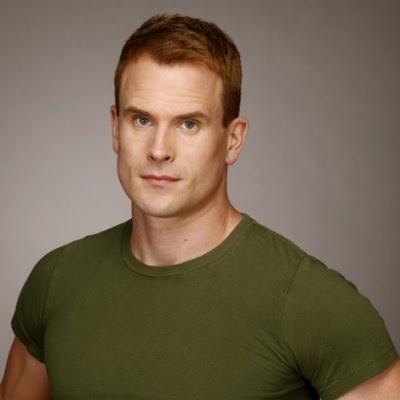 Gabriel Hogan is married to Inga Cadranel. Inga is also an actress by profession.

Together, they have a son Ryder.

His Instagram posts suggest that he loves cracking in his pastime.

Who is Gabriel Hogan?

He has also contributed voice for the videogame, Dino Crisis 2.

Gabriel Hogan was born Gabriel William Hogan on the 7th of January 1973 in Toronto, Ontario, Canada. Her father, Michael Hogan, and mother, Susan Hogan are a Canadian actor. They are of Irish ancestry.

His the second among his two siblings, Jennie Rebecca Hogan and Charlie. His elder sister, Jennie is an actress.

– He started his career as an actor with the stage plays in the theatre. Soon after that, in 1988, he debuted with the TV series, Night Heat. In the series, he portrayed the character of Mark. However, he was cast on a single episode only.

– After the TV series, he debuted on the movies with the comedy movie, Blue City Slammers as Joe. Following the movie, he appeared in numerous TV movies which made him a regular face in the world of movies. The Halfback of Notre Dame, Love and Death on Long Island, and Peacekeepers are some of his movies.

-2004- Head in the Clouds and 2015- I Spit on Your Grave: Vengeance is Mine is some of the popular movies in his movie career.

Apart from the movie, the actor is extremely popular with the TV series too. Last, in 2019, he appeared in Heartland as Peter Morris. He is associated with the series since 2009. Till the date, he has appeared in 89 episodes.

Some of his TV series along with the character name are-

The TV actor has not been in sorts of controversy that made a buzz on media till the date.

He is a blue-eyed auburn. His height is 6 feet and 4 inches and weighs around 95 kg.