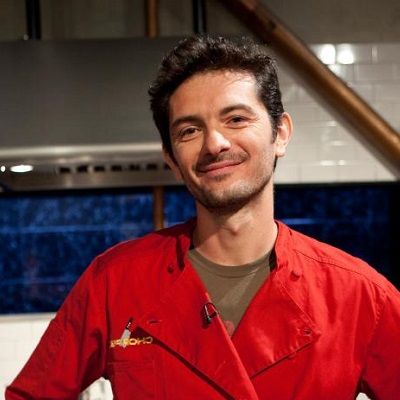 What is the relationship of Gabriele Corcos?

As far as we know, the details related to Gabriele Corcos’s love life is very open. He started an affair with Debi Mazar in 2000 and got married on March 16, 2002.

The couple had two children together. Their first child, Evelina Maria, was born in 2002. Similarly, their second child, Giulia Isabel was born in 2006.

They are a happy couple to date.

Who is Gabriele Corcos?

Gabriele Corcos is a world-renowned cook, entrepreneur, and television personality. He is also the creator, host, and producer of Extra Virgin on the Cooking Channel.  He is also the author of extra Virgin’, one of the New York Times best-selling cookbooks.

In addition, he is the owner of The Tuscan Gun Officine Alimentari shop which specializes in cuisine from his home country as well as his American staple recipes.

Furthermore, he is of Italian Nationality and has Caucasian ethnicity.

Unfortunately, the detailed information about Corcos’s School/University is unknown. However, after graduating from high school he joined the military where he studied medicine in the military academy.

Gabriele is a famous TV personality who has a huge fan base. Fans from around the world follow his activities through his social media accounts.

Before Gabriele Corcos started his career as a chef, he used to play drums with different artists all over the world. He Corcos traveled to Brazil, Cuba, and Morocco to study drums and to perform along with musicians from those countries. Even so, Corcos had the spirit of a great chef within him. He was very familiar with cooking from a very young age.

In 2001, Corcos met his wife, Debi Mazar in Florance, Italy. He then left his family and moved to Los Angeles. One day the couple filmed themselves making a simple sauce for spaghetti and posted it on Youtube. In 2006, the “Under the Tuscan Gun” blog and web series was started, after the two received countless emails from people who loved the project.

Along with the initiation of the Cooking Channel in May 2010, the couple was asked to be the hosts of the channel’s very first original cooking show. And then they were dubbed as the “first family” of the Cooking Channel. In 2011, the first season of his TV show “EXTRA VIRGIN” aired on the cooking channel domestically and internationally on different platforms. Likewise, for the year of 2012, he was appointed as executive chef of the prestigious Montauk Yacht Club.

On June 04, 2019, Gabriele has been honored Knight by the Italian President of the Republic, because of his work on behalf of the Italian heritage in the United States of America. It is the highest civilian honor for an Italian citizen.

How much is the net worth of Gabriele Corcos?

The celebrity chef Gabriele has accumulated a huge amount of net worth for the activities he has done in his career. Yet, the exact amount of his net worth hasn’t been revealed.

As of 2022, it is estimated that the celebrity chef has a net worth of $5 million. Sources have assumed that he makes a salary in the range of $500 to $800 Thousand monthly.

To this day, there is no information on Corcos being involved in any Scandals or Controversies.

What are the body measurements of Gabriele Corcos?

The detailed information about Gabriele Corcos’s body measurement is unknown. But he has an average height and weight. His eyes color is green and his hair color is black.