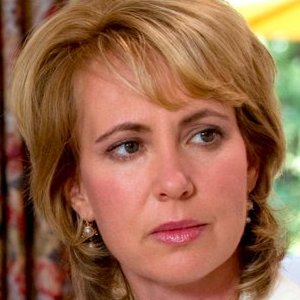 Be passionate. Be courageous. Be your best

I'm fighting hard to make the world a better place, and you can, too. Get involved with your community, be a leader, set an example, be passionate, be your best.

Gabrielle Giffords married Mark Kelly, a Navy veteran and former NASA astronaut in 2007. She was planning for a baby before that fateful day. She has no children of her own, though she has 2 step-daughters, Claudia and Claire Kelly out of Kelly’s first marriage to Amelia Victoria Babis whom he had divorced in 2004.

Gabrielle has no reported premarital or extramarital affairs. Gabrielle and Mark are very much in love and he has penned a memoir for her titled ‘Gabby: A Story of Courage and Hope’.

Who is Gabrielle Giffords?

Gabriel Giffords is an American politician from Arizona State, USA. She is a Democratic member of the US House of Representatives. She held her office from 3rd January 2007 until her resignation on 25th January 2012. An assassination attempt on her left her with residual severe brain damage.

Gabrielle Giffords was born on 8 June 1970, Tuscon, Arizona. Her nationality is American and ethnicity is North American.

Her father, Spencer J. Giffords ran their family tire business while her mother, Gloria Fraser Giffords is a painter and art restorer. There is no information on her siblings.

Gabrielle Giffords’ father ran a family business, while her mother was in the arts field. She has an elder sister Melissa who was constantly at her bedside after the Tuscon shooting.

She has an elder sister, Melissa. She attended Tuscon’s University High School. She joined Scripps college and obtained a Bachelor degree in Latin American history and Sociology. She studied in Chihuahua, Mexico on the year-long William Fulbright Scholarship.

She then took a Master’s degree in Regional Planning from Cornell University. In 1996, she joined Price Waterhouse in New York but soon returned to assist with her family business.

She was the President and CEO of her family Tyre Company. She also used to aid her community. She realized that the best way to help would be to join politics and Democratic Party. She won a seat in the Arizona State House in 2000, and later to the Arizona Senate in 2002. She fought for and won the Congressional seat.

She was a member of several coveted committees during her office tenure. Mexico border security, violence, and drug trafficking were on her agenda. She pushed for small business tax relief and was involved in health reforms. In 2011, she faced an assassination attempt during one of her events at the Safeway grocery store parking lot.

She suffered severe brain damage but gradually made recovery. She resigned from Congress 1 year later.

Gabrielle Giffords: Salary and Net Worth

Her exact net worth and salary are not known.

Gabrielle Giffords ideas and opinions on health care system and illegal immigration had drawn a lot of criticism. Her push for universal health care also met with severe criticism to the extent that she was harassed and her office vandalized.

The assassination attempt on her was also considered to be due to same reason though the assassinator, 22-year-old Jared Lee Loughner did not reveal anything and kept silent during the trial. He was later sentenced to life imprisonment for his crime. She is one of the main persons who advocate for gun control. Rumors of her death after the shooting had upset her family.

She has blonde hair color and her eye color is dark brown.