Gage Golightly is currently single. Previously, she was romantically linked with actors like James Maslow in 2011 and with Colton Haynes.

She thinks herself too young to get married and she is focusing on her family and her career. 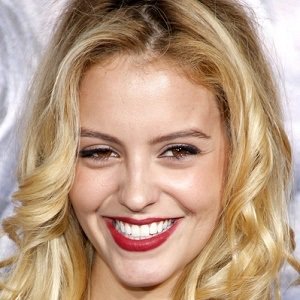 “I'm a total loner. I can't even answer texts or take my phone with me when I'm working!”

Who is Gage Golightly?

Gage Golightly is an American actress and she is best known for her role as Hayley Steele in the Nickelodeon series ‘The Troop’ from 2009 to 2011.

She is also well recognized for her role as Erica Reyes on the MTV series ‘Teen Wolf’.

She was born on September 5, 1993, in the USA. She is currently 28 years old and she grew up in Penn Valley, California. Her father is a doctor and her mother is a nurse but their names are not disclosed yet. She has got three siblings.

At the age of two, she was diagnosed with dyspraxia and underwent speech therapy. Her parents used sign language to communicate with her during the first years of her life.

She was very fascinated with make-up since her early childhood and she used to shop a lot of the latest outfits that were available in the market. Her brother suggested her trendy clothes and accessories, which made her more attached to fashion and more dragged into acting.

Gage is a good swimmer. She loves swimming in her leisure time. She has got a dog named Santa and she adopted a dog named Ellie on her birthday in 2012.

Gage holds American citizenship but her ethnicity is unknown.

Her parents encouraged her to study medicine as a major but she was not interested in it. Later she studied at Flintridge Sacred Heart Academy.

Gage made her decision to make her profession as an actress at the age of 8 and her mother took her to L.A. where they found a manager. She was featured in the minor roles during their early phase.

She debuted her film career with the role of Eva in ‘’Speakeasy’ in 2002 and ‘The Long Shot’.  After two years, she co-starred as Jesse Neumeyer in the sci-fi film miniseries ‘5ive Days to Midnight’. She made her appearance as Vanessa in the sitcom ‘The Suite Life of Zack & Cody and appeared in the TNT series ‘Heartland’.

Gage portrayed the role of Hayley(the main character) in the Nickelodeon series ‘The Troop’. And, she made her guest appearance on ‘True Jackson’, ‘VP’, ‘Big Time Rush’, etc. She played in a Marcus Nispel horror film named ‘Backmask’ throughout 2011 and 2012, which was later retitled as ‘Exeter’.

Also, Gage portrayed the role of Karen in an Amazon Studios comedy pilot ‘Red Oaks’ in June 2014. She will be playing the role of Paige in the film ‘The Last Summer’ which will be released in 2019.

As of 2022, she has an estimated net worth of around $3 million which she earned from her professional career.

There was a rumor that she was in a romantic relationship with Zayn Malik. He shared a photo of him holding a mysterious who is supposed to be Gage. But, neither of them has talked about the rumor.