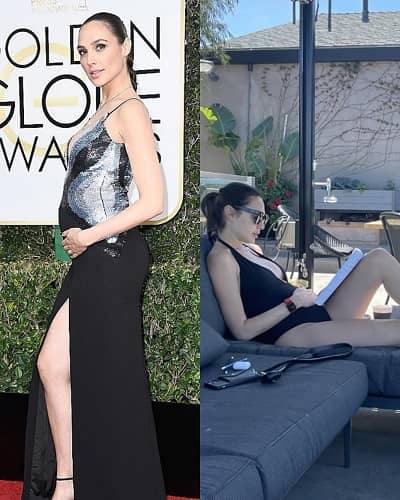 Wonder Women Gal Gadot has been producing wonder babies. She is expecting a new one already?

On 4th April 2021, Gal posted another pregnancy picture on Instagram to give an update. Gal shared a photo of her growing belly bump while reading a script resting on her sofa wearing a black bodysuit.

Gadot and her husband Yaron Varsano are expecting their third child. They have been parents to Alma Versano and Maya Versano. Gal had announced her pregnancy back in March 2021 with a picture of her family touching her belly. The couple celebrated their 12th Anniversary back in September 2020.

“Happy anniversary @jaronvarsano. You’re my one. My only. My everything.. 12 years of marriage feels like a walk in the park with you. To many more to come. I’m yours forever.”

Gadot is a loving mother two her two children. Fans are more than excited for knowing the gender and due date of the upcoming baby. But Gal has kept it low-key till now.

Also read Israeli actress and Wonder Woman star Gal Gadot comes to the support of her fellow Israeli celebrity Rotem Sela who was rebuked by the Israeli PM for talking about equality in Israel!

Gal Gadot is an Israeli actress and model. She is also a singer, martial artist, and model. She is famous for her role in the movie such as Wonder Woman, Justice League, Batman v Superman, and few more. In addition, the Israeli beauty has been also in the famous franchise The Fast and the Furious.

Apart from that, Gal has also won Miss Israel 2004. Moreover, she has also served as a soldier in the Israel Defense Forces. Read more bio…

Tags : Actress The Young and the Restless