Widely known for his leading and recurring roles in the films Queer as Folk, Deadwood. 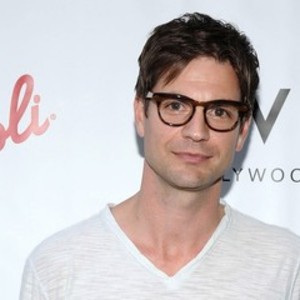 Don't forget who your heroes are, what they mean to you, and why they mean that to you

Some say that Jesus is the rock, or the anchor. I say that your friends and family are your anchor. And you can REALLY hold their hands, not just sing about it. No disrespect to George Jones.

Previously, he was in a relationship. He had an affair with Danielle Saklofsky. However, in 2014, the couple broke up. The reason for their separation is because Harold physically abused Danielle. Then she sent a restraining order against him.

Who is Gale Harold?

Gale Harold is an American actor. He is widely known for his leading and recurring roles in the films Queer as Folk, Deadwood, Desperate Housewives, Grey’s Anatomy, The Secret Circle, and Defiance.

His father was an engineer and his mother a real estate agent.

He has two siblings named Ann Harold and David Harold. His nationality is American but his ethnicity is undisclosed.

He attended American University on a soccer scholarship. Gale ultimately chose to transfer to the San Francisco Art Institute to pursue a degree in Photography.

He then went on to work several jobs before a friend suggested he try acting in the late 90s. He moved to Los Angeles to study acting and was subsequently accepted to the Actors Conservatory Program.

Gale made his acting debut as a theater actor playing the role of Bunny in Me and My Friends when he was 28 years old.

He made his screen debut playing Booker O’Brien in the 2000 movie 36K.

In 2000, Harold was cast as Brian Kinney on the popular gay drama Queer as Folk.

In 2006, he played the lead character Agent Graham Kelton in Vanished. He also played the main role of Charles Mead in The Secret Circle from 2011 to 2012. His other acting credits are The Green Bench, Kiss Me, Kill Me, and Defiance.

Gale Harold: Salary and Net Worth

As a successful actor Gale earns a good amount of money for his living has a net worth of 1.5 million dollars.

Rumors were that Gale was in a serious relationship with a woman named Danielle Saklofsky, though it later ended badly.

He has a height of 6 feet 1.5 inches with a bodyweight of 78 kg. He has light brown hair color and his eye color is Hazel.

Gale Harold, an aggressive ex or is it the gay rumors? What is the reason behind not marrying??