Internet star Gardian Hasani is low-key about his love affair.

Gardian’s hasn’t yet shared any information about his love life. The star is also never caught or seen dating anyone.

So we can say that he is single at the moment or maybe keeping his love life secret. 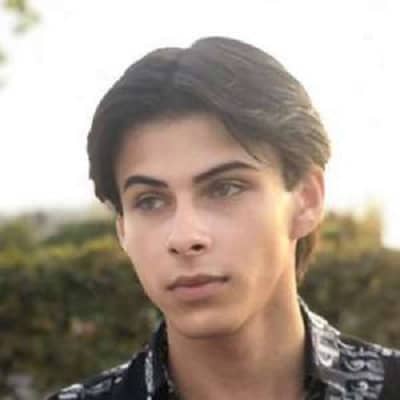 Who is Gardian Hasani?

Gardian is a  social media influencer, content creator, and TikTok Star. He is well known for his Flirty point-of-view and various lip-sync videos on his self-titled TikTok account.

Gardian was born on April 26, 2003. His birthplace is in Belgium. Despite being a popular TikTok star, the identity of his father and mother is unknown.

He is half Albanian and half German ancestry. The star has six siblings, including an older brother named Adilje.

Gardian created his social-media journey from his TikTok account, gardianhasani. He posted various creative point-of-view (POV) videos, lip-syncs, and flirty videos. Gardian content has gained him a lot of popularity online and he has amassed 1.6M fans with more than 32M likes in his account.

His TikTok account was previously captioned “Tbh I just wanted to make a video with this sound.” He has also performed a lip-sync set to Australian rapper Iggy Azalea’s hit song Kream. Likely, his viral video has gained more than 4M views.

Similarly, Gardian is also an Instagram Star. He has a separate Instagram story highlight section which is dedicated to his fan art he receives every day. Likely, he has recently promoted his brother Adilje’s recent track, Just Friends. He posts various fashion, lifestyle, shoots, and various promotional posts too.

Furthermore, he also launched his Youtube channel on Sep 11, 2020. Yet he hasn’t posted anything but has already amassed around 1.83K subscribers.

Gardian was also part of the Blackout Tuesday trend, which was in the support of the Black Lives Matter (BLM) movement in the wake of the murder of George Floyd in June 2020.

The star must have earned some money from his internet career. Although, his net worth is under review.

The star earns from his streams, songs promotions, and various promotional posts from his social media accounts.

To date, the star has not been in any sort of rumors and controversies.

Gardian seems to have an average height and weight yet their exact measurement is not available right now.  Likely, he has dark brown colored hair with grey colored eyes.

Similarly, he launched his Twitter account in May 2020 and has over 1K followers. The account is co-managed by him and his friend Seynah Cooper (also known as seynahh on Twitter), who is a part-time videographer.

You may also read the bio of various other Tik Tok stars like  Jack Riyn, Mxddsie, Jslutty, and Saucy Santana.