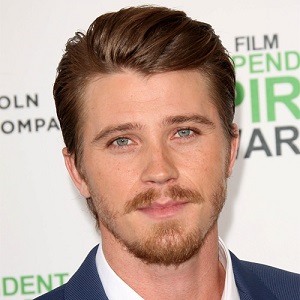 I've been told I'm too good looking for certain roles, but that's okay, it just motivates me to go deeper

I'm not good at chatting right away. Women have to be very patient with me, I suppose

I remember driving the tractor on our farm, and Tim McGraw would be on the radio. I'd find myself walking out of class, singing his songs. And then Tim ended up playing my father in 'Friday Night Lights.' It was surreal.

Garrett Hedlund had encountered his co-stars – Leighton Meester in 2011, Rashida Jones in 2011, and Lindsay Lohan as well. He has been in a relationship with American actress, Beau Garrett, in 2010 but their relationship didn’t seem to work well.

So, they were soon separated. Then, he met actress Kristen Dunt in 2012, and in 2015, they were announced to be dating. However, this four-year-long relationship came to an end in 2016 when they reported having split up.

At present, he is dating Emma Roberts. This couple is expecting their first child. This news came out in public in late June 2020.

Who is Garrett Hedlund?

His duet song Give In To Me with American singer/songwriter, model, actress Meester has even taken its place in Billboard Hot 100 and Canadian Hot 100.

His siblings are Nathaniel and Amanda. He was raised on a remote beef cattle farm near the small town of Wannaska in Minnesota.

His nationality is American and has Swedish-German-Norwegian ethnicity.

Later, when he was in grade ten, he moved to Arizona to live with his mother. There he learned acting from coach Jean Fowler by paying with the tips he got as a waiter.

Garrett Hedlund gave initiation to his career by subsequently modeling for L.L. Bean and Teen magazine. He moved to Los Angeles in 2003 at the age of eighteen to pursue his acting career and debuted in the mythological drama Troy as Patroclus with Brad Pitt the following year on May 14.

This soundtrack included his duet song with Meester, which ranked No. 79 on the Billboard Hot 100 and No. 96 on the Canadian Hot 100.

The celebrity is the net worth of $6 million. Information about his salary and other incomes is not available.

Garrett Hedlund is rumored to be the seventh James Bond. He was rumored to have his ex-fiance pregnant which his representative denied.

Garrett Hedlund has an athletic build with a height of 189 cm or 6 feet 2.5 inches tall and weight about 91 kg. He has light brown hair color and green eye color.