Updated On January 29, 2023 | Published By: Leena
Share this
Single 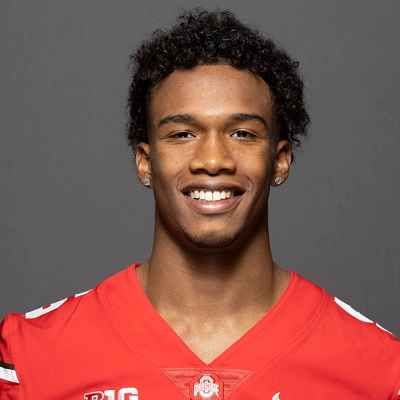 Wilson normally tries to keep his love life private but, the sportsman recently uploaded a picture of himself with Tatum, leading many to believe that they’re dating.

However, he hasn’t confirmed yet about their relationship. Moreover, this information will be updated as soon as it is confirmed.

Who is Garrett Wilson?

Garrett Wilson is a football star in the United States. He was a wide receiver for the Ohio State Buckeyes during his collegiate career, which he finished at Ohio State University.

Garrett was born on July 22, 2000, in Chicago, Illinois. As of now, he is 21 years old. Talking about his nationality, he holds an American identity and All-American ethnicity.

He was born to Kenny Wilson, his father, but he has not disclosed anything about his mother’s identity. Similarly, it is not known about his siblings.

Garrett is an American football wide receiver for the National Football League’s New York Jets (NFL). He attended Ohio State and was picked tenth overall by the Jets in the 2022 NFL Draft.

Wilson attended Lake Travis High School, where he and Charlie Brewer won a 6A state championship in 2016. Wilson would go on to break many Lake Travis wide receiver records, including total career receptions (204), total yards (3,359), and total touchdowns (55).

Also, Wilson was a participant in the 2019 All-American Bowl. He has made a commitment to play college football at Ohio State University.

Wilson appeared in all 14 games as a true freshman at Ohio State in 2019, recording 30 receptions for 432 yards and five touchdowns. In 2020, he was converted from an outside receiver to a slot receiver.

Wilson became the second Buckeye in history to have four consecutive games with at least 100 yards receiving on November 21, 2020. Garrett stated on December 27, 2021, that he would be opting out of the 2022 Rose Bowl and declaring for the 2022 NFL Draft.

Wilson has accumulated a hefty sum of money from his career. As per the research, he has an estimated net worth of approx $3million.

Moreover, he makes a comfortable and lavish lifestyle from his earnings as of now.

Owing to his professional experience, Garrett has not been a part of any controversy yet. He has maintained a healthy distance between his professional and personal life and appears to be avoiding unwanted scandals and rumors.

Garrett stands tall at a height of 6 feet and weighs around 87kgs. Moreover, he has short black hair and a pair of black eyes.